It’s a little weird to read the chants you’ve been yelling at protests, rallies, in meetings and conferences centered around social justice. I saw these on the text of Sunil Yapa’s book Your Heart is a Muscle the Size of a Fist, a book set in Seattle amidst the 1999 anti-World Trade Organization (WTO) protests.

Weird because I’ve been stepping back on my participation in social justice endeavors lately, and reading about some of the characters in the book feels like déjà vu. Most of it too real, too familiar. I feel a certain tiredness in my body that I’ve been trying to keep at bay but sometimes, the spirit needs to rest.

The book is centered on the anti-WTO protests, told from different and opposing perspectives. On one end are the activists, leaders of the protests: John Henry, Kingfisher. On the other end, Officer Park, Julia, Chief Bishop. And then there’s the Sri Lankan delegate, Dr. Charles Wickramsinghe. At the center of it all, Victor. These perspectives contextualize the launch of a new round of trade negotiations, as the characters divulge stories of their past and present. The reader becomes privy to the struggles of their inner worlds with the state of downtown Seattle in 1999. Of how your emotions can betray your senses at times, or how your intellect can coincide with your intuition.

When he [John Henry] had first looked at the maps, some six months ago, he almost didn’t believe it — the geography of the city was an ally they had never expected. Any other city and it would probably have been just a protest. But here in downtown Seattle, thirteen intersections formed a triangle around the convention center. The center where the World Trade Organization planned to hold their auction of the Third World.

Shut down those intersections and you would own the city.

A chokehold that would trap the delegates and the diplomats and the experts in their fancy hotels eating smoked salmon and Brie or whatever it is they do when they are not busy buying and selling things they have no right on earth to claim as their own.

I remember my 21 year old self in the streets, wanting to be part of something bigger. Alone in a protest. Looking at other faces that seemed to be in conjunction with my own passion, a fusion that matched my own fire.

I found a political home. That was back in 2011. Since then, I’ve learned and understood how parts of the world worked, what made it turn, what made it shudder.

And yet the characters I found the most intriguing were those of Chief Bishop, Julia and specially Dr. Charles Wickramsinghe. Perhaps it’s because these perspectives are the ones I haven’t had access to. When I’m face to face with the police, I always wonder what’s on their mind. What moves them to do the kinds of things they do, the thought behind the trigger, the decision to raise the baton. And I found those questions answered in Yapa’s novel.

When Chief Bishop, the head of the Seattle Police Department (and estranged father of Victor, one of the story’s main leads) looks out into the massive crowd of protesters, I am reading from the vantage point of a man in power that I’ve never had access to before — his sense of humanity, fleeting, and ultimately overpowered by the need to take control.

He felt a fondness for these people, a load of love-struck nostalgia for his society. Americans marching in the rain. Their faces, failed and flawed — they were the faces of a part of American life that was passing away, if not already gone, the belief that the world could be changed by marching in the streets.

He extended the crane to get above the bare branches of November trees, thinking he had protected these people for thirty years — first as a beat cop, and then as a captain going to the community meetings twice a week, which was where not incidentally he had met his wife, on and on up through the ranks, working the job, investing himself, practicing the profession of policing as he best knew, and now here he was their Chief, their leader — and, now, why now did they see the need to come marching like lambs to the slaughter?

And then there’s Ju (or Julia), a Guatemalan woman from LAPD who transferred to Seattle after Rodney King’s verdict, the riots, after front-cuffing a woman who tried to steal two packages of Pampers, a can of roach spray and a Pepsi because that was the job, “because sometimes you had to break the rules to hold true to a higher law.”

Back in August 2014, I was in front of the Japanese Embassy on Roxas Boulevard in the Philippines with older women who were bound to sexual slavery during the Japanese invasion. They were called “comfort women.” Outside the embassy were Filipino cops, complete with fiberglass shields, helmets, batons, smug faces. I wonder what was in their heads upon seeing women who were probably the age of their mothers and grandmothers demanding justice and reparations. How does one deal with defending a government complicit with the rape and abuse of your own kin?

Did they also think that everything was just part of the job? How does one deal and live with those contradictions? 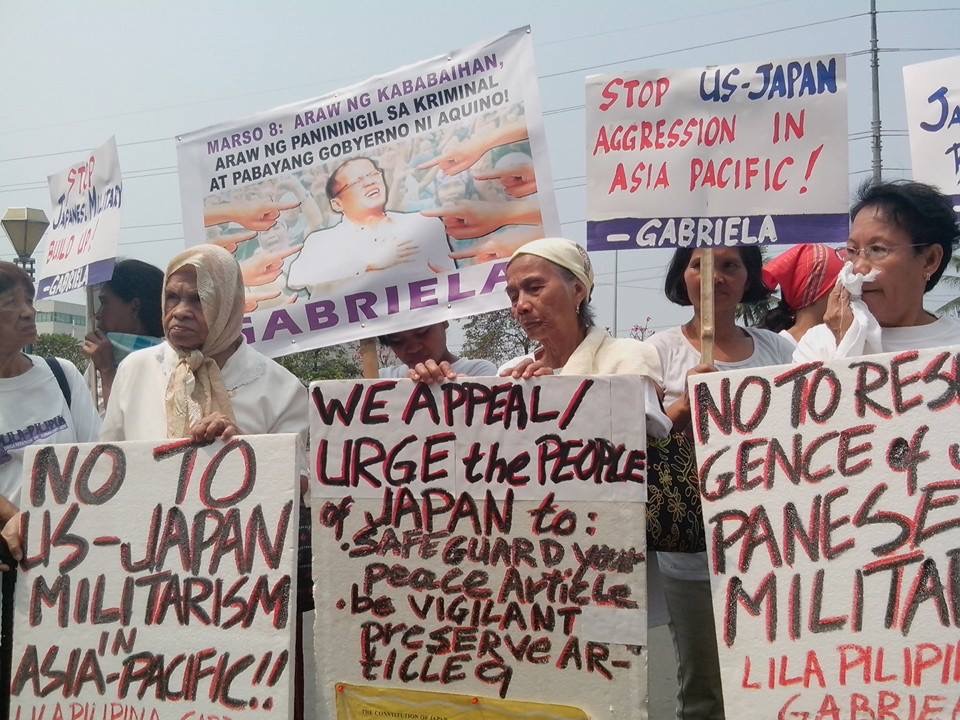 Lastly, the character of Dr. Charles Wickramsinghe, the Sri Lankan delegate to the World Trade Organization, has captured me the most. Here was a delegate from the Third World, having lived through the British colonization of his country, who knew that export and trade and selling to the West was how Sri Lanka would feed its people. He who believed that “they must open that door” in order to for the country to survive in the new century.

This was what he knew. What he didn’t understand was how there could be possible protests at the WTO convention, until six hours into the meeting when he decided to walk his way through the blocked intersections. Working through the throngs of protesters, he marveled at the “sweet, angry American voices chanting and singing” as he felt “a kind of happiness.”

This sentiment didn’t last long as he encountered a protester who wouldn’t let him through, even after Charles said that he was a delegate. The protester — a young man, tall and pale with dark unwashed hair and a serious face — claimed that he was out there to “protect countries like yours,” countries like Charles’s.

And yet, there was something distinctly American about it all, a fundamental difference in perspective and place — in how they saw themselves in the world. And this was what made it so American — not that they felt compassion for mistreated workers three continents away, workers they had never seen or known, whose world they could not begin to understand, not that they felt guilty about their privilege, no, not that either, but that they felt the need to do something about it. That was what made it so American. That they felt they had the power to do something — they assumed they had that power. They had been born with it — the ability to change the world — and had never questioned its existence, an assumption so massive as to remain completely unseen. The power and the responsibility to protect the people they imagined as powerless. The poor defenseless people of the Third World.

My jaw dropped after reading this quote. What made Charles so captivating to me was exactly this perspective that I have not heard or read from anyone or anything, this kernel of truth that is inherent in every movement. That Americans are indeed afforded the privilege of changing the world, of being able to change things not just for themselves but for other people as well.

I am a Third World woman living in the First World. And I am both proud and ashamed of the glaring fact that I live on U.S. soil enjoying the benefits of the imperialist machinery but also fully aware that here, in the belly of the beast, are prime opportunities for change.

At that moment in the book, I felt like I was the protester and Charles at the same time. I’m in a Third World body with a mind that is increasingly adapting to the First World and at my core I am scared of losing grasp of my Third World-ness, the identity that I am proud of, all the wounds and the scars on my back, the struggles that have defined my existence, of what makes me stand up in the streets.

These days I am much more of a recluse, because always being on is exhausting. And when you’re fighting a protracted struggle, victory could be past your lifetime. When I’m not busy being an adult, I am almost always reading a book. I read because in some ways — both big and small — I’ve been changed by the ideas I discover. I’ve been moved a thousand times. I feel the alignment of my soul and spirit. And most of all, I see and experience the beauty of the gifts these books give me.

I have a fervent hope that by reading and writing I can also move some part of the world for others. This book has changed me, with its honest offering of perspectives that helps a Third World girl see the big picture.

In spite of Charles’s thoughts on the privilege of being an American protester, he realized the discrepancies of the major global players and the imbalances inherent in the system he thought would save his people. There was a hope in his actions.

…courage is not the ability face your fear, heroically, once, but is the strength to do it day after day. Night after night. Faith without fear. Love without border.

I may be tired at the moment, a little burnt out, but I gotta keep going.

One thought on “The Courage it Takes with Sunil Yapa”