I read everything. I read my way out of the two libraries in Harlem by the time I was thirteen. One does learn a great deal about writing this way. First of all, you learn how little you know. It is true that the more one learns the less one knows. I’m still learning how to write. I don’t know what technique is. All I know is that you have to make the reader see it. –James Baldwin, The Art of Fiction No. 78 (The Paris Review)

The words of James Baldwin — essayist, novelist, poet, playwright and social critic — has always stayed with me ever since I read Giovanni’s Room. Reading Baldwin is a little like reading parts of yourself that you’ve never discovered, the kind that ignites and widens your emotional capacity to care, to grieve, to give what you thought you didn’t have in order to immerse yourself in the beauty of his work. 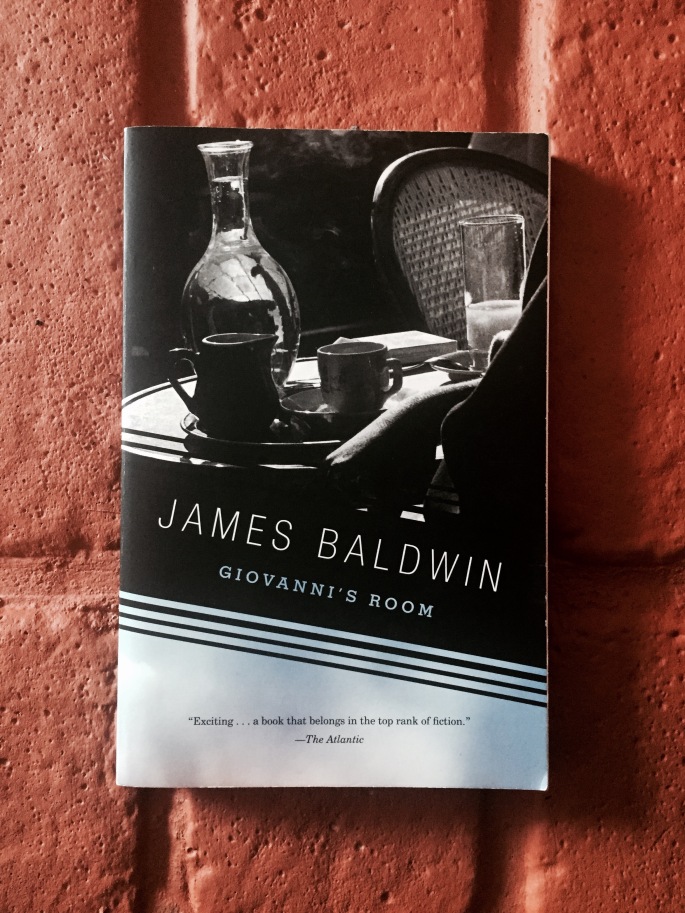 I held Giovanni’s Room close to my chest after finishing it, aware that my body is mildly trembling, previously racked with sobs. The weight of his words coupled by a clarity that can only be articulated in Baldwin’s way pierces to this day.

I have never reached you. You have never really been here. I do not think you have ever lied to me, but I know that you have never told me the truth — why? Sometimes you were here all day long and you read or you opened the window or you cooked something — and I watched you — and you never said anything — and you looked at me with such eyes, as though you did not see me. All day, while I worked, to make this room for you. (Giovanni’s Room)

His poetry and essays have also influenced me as I continue to seek my own ways of writing, of being able to impart my experience as a queer immigrant. I read The Fire Next Time as the black community continued to face increasing state violence, bearing testament to the truths he has long written. With the murders of Oscar Grant and Trayvon Martin, Baldwin’s A Letter to my Nephew came to mind.

To be loved, baby, hard at once and forever to strengthen you against the loveless world. Remember that. I know how black it looks today for you. It looked black that day too. Yes, we were trembling. We have not stopped trembling yet, but if we had not loved each other, none of us would have survived, and now you must survive because we love you and for the sake of your children and your children’s children. (The Fire Next Time) 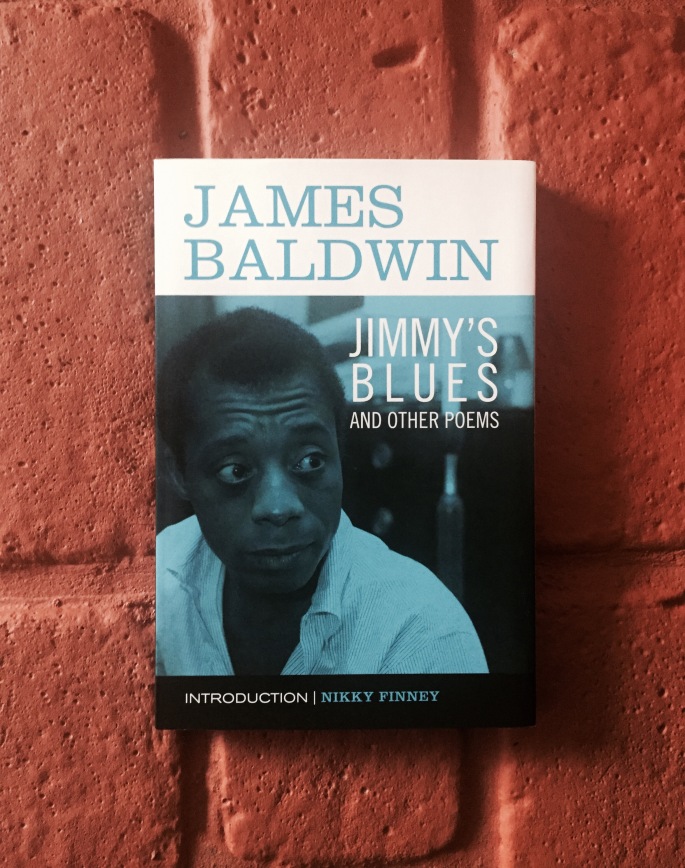 In Jimmy’s Blues and Other Poems, poet Nikky Finney penned the introduction and spoke of Baldwin’s poetry and his position as a poet: “He wrote with an engaged, layered, facile hand. The idea being explored first clinched, then stretched out, with just enough tension to bring the light in.” While I was not familiar with his poems, it wasn’t hard to see what Nikky was referring to. There was courage in his poems, and a reliable language that lets us witness the ease of complicated things.

At the dark street corner
where Guilt and Desire
are attempting to stare each other down
(presently, one of them
will light a cigarette
and glance in the direction
of the abandoned warehouse)
Love came slouching along,
an exploded silence
standing a little apart
but visible anyway
in the yellow, silent, streaming light,
while Guilt and Desire wrangled,
trying not to be overheard
by this trespasser.
(Guilt, Desire and Love)

When All Those Strangers: The Art and Lives of James Baldwin by Douglas Field came out, I got my hands on a copy in order to know more about him. From hanging out with Jewish Trotskyites in New York at a young age to participating in a May Day rally, he became more of a human being to me more than an idealized icon.

What intrigued me though as I finished the first few chapters of the book was Baldwin’s own complicated definition of himself — from a revolutionary to a writer. The FBI even kept a file on him, as they deemed his writing dangerous. His conversations were frequently tapped and he was constantly followed, as Hoover equated any radical work as communist propaganda.

The Bureau’s attempts at literary analysis suggests the ways in which agents struggled to read and interpret literature that was not plotted in line with conventional American ideals: works such as Baldwin’s, which deviated from acceptable parameters and tackled themes of homosexuality, race or violence were deemed alien or subversive. –Douglas Fields, All Those Strangers: The Art and Lives of James Baldwin

Field also goes into Baldwin’s radicalization as well as marginalization as a black, gay writer in the Civil Rights era. Cheryl Clarke writes that it was not easy for the middle-aged, queer Baldwin to gain membership in a movement that homogenized political views and identity categories. Still, he continued to write with Tell Me How Long the Train’s Been Gone with Christopher as the main character — his ideal for the late 1960s: “a young and beautiful black man who combines tenderness with aggressive political action.”

Last Christmas, my sister gifted me with an essay collection of Baldwin’s later novels. The gesture warmed my heart. I admit that it is ambitious for me to even write about Baldwin because of the scale of his work, the depth of his influence but just as Field acknowledged in his book, it is truly an honor.

Baldwin passed the same year I was born. Writer Toni Morrison wrote a tribute for him at The New York Times, citing three gifts that he had given her: language, courage and tenderness. I read this tribute frequently, along with Nikky’s introduction as much as I come back to his work often.

To Baldwin, and to a reverence for his being and his work, an eternal celebration from Toni:

Yours was a tenderness, of vulnerability, that asked everything, expected everything and, like the world’s own Merlin, provided us with the ways and means to deliver.
I suppose that is why I was always a bit better behaved around you, smarter, more capable, wanting to be worth the love you lavished, and wanting to be steady enough to witness the pain you had witnessed and were tough enough to bear while it broke your heart, wanting to be generous enough to join your smile with one of my own, and reckless enough to jump on in that laugh you laughed. Because our joy and our laughter were not only all right, they were necessary. –Toni Morrison, Life in His Language (The New York Times)