How does the old cliché go? When every Arab girl stood in line waiting for God to hand out the desperate-to-get-married gene, I must have been somewhere else, probably lost in a book. 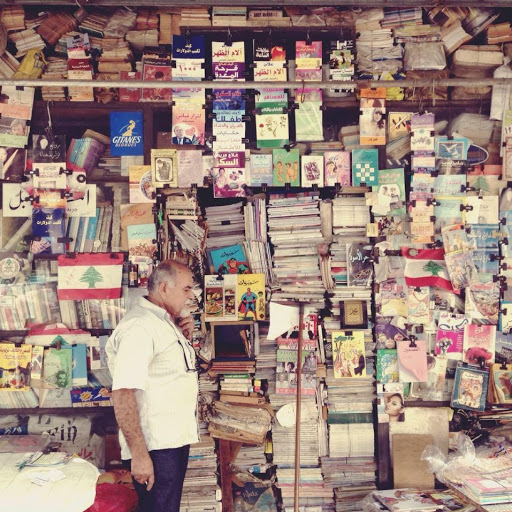 Ah, but where to begin with this book? I picked up a copy of Rabih Alameddine’s An Unnecessary Woman from a local bookstore at Green Apple Books. It was nestled in the annex, along with other well-read and creased spines.

Having just read Max Porter’s Grief is the Thing with Feathers, I was a little disoriented upon reading Alameddine’s first few pages. Porter’s writing had a different style and his voice stuck with me more than I thought it did.

My introduction to Aaliya was abrupt. Who was this character with the blue hair smack dab in Beirut?

Turns out, I have a lot more in common with this precarious woman, this reader with a voracious appetite who could not be bothered to spend time with the three matriarchs who ruled her apartment complex. While Fadia, Marie-Therese and Joumana spent their mornings, afternoons and evenings drinking ambrosia coffee, filing their nails, talking about their children (and their children’s plans or lack thereof), planning trips to the salon, Aaliya spent her days huddled in her apartment devoted to the written word, a phrase that I also use to describe my dedication to literature.

I long ago abandoned myself to a blind lust for the written word. Literature is my sandbox. In it I play, build my forts and castles, spend glorious time. It is the world outside that box that gives me trouble. I have adapted tamely, though not conventionally, to this visible world so I can retreat without much inconvenience into my inner world of books. 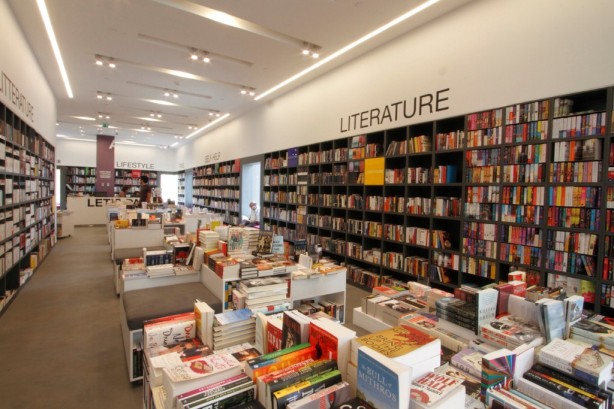 I slept that night with dreams of Aaliya and her blue hair, her books and manuscripts. The next day, I carved a huge piece of my heart for this fictional character, this madwoman who would rather sleep next to books and an AK-47.

Beirut was in the middle of a civil war, as both Israelis and Palestinian ravaged the city: there were bombings, attacks on civilians, looting and pillaging. Aaliya stayed put. She brandished her Ak-47 when the need arose: she was a woman of gall and gun(s).

We’re traumatized every time the Israelis go on one of their macho homicidal binges, but we explain it away. They are not us. It’s the price we pay for living next to a neighbor who constantly has to prove how big his endowment is. It is big, trust me, nuclear even. The southern suburbs of our city were nearly wiped out, hundreds if not thousands were killed. They bombed every bridge in the country, every electric plant. 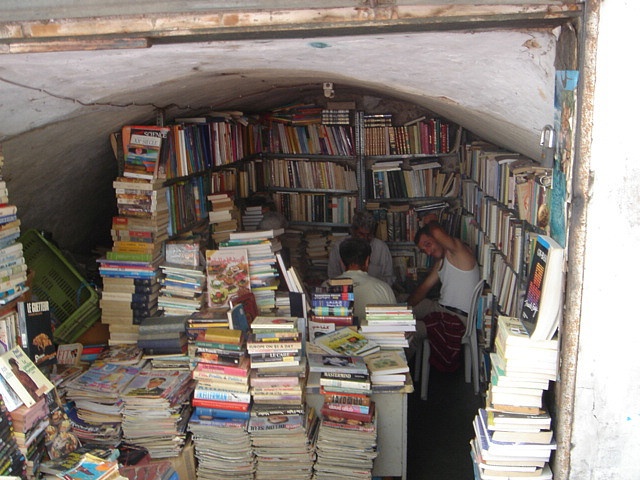 A bookstore in Beirut

Our shared disdain for Israeli’s self-importance aside, Aaliya was engrossed in a lifelong project of translation. I was really fascinated by this, as Alameddine described in detail how the Beiruti would start to translate a new book on January 1st. With thirty-seven manuscripts AKA books translated already, her body of work (which included Pessoa, Proust and Nabokov) is a testament to the richness of a reader’s life, one who has dedicated years to reimagining works of art in Arabic.

A fine and worthy occupation, if you ask me, even though none of her translations have ever been published. What does she hope to make it? She states that she “creates and crates” and is done with a book as soon as the translation is over. She boxes it up, tapes it shut, stores it away (until that fateful day).

I think that at times, not all times when I’m translating, my head is like a skylight. Through no effort of my own, I’m visited by bliss. It isn’t often, yet I can be happy when I commune with translation, my master. Sometimes I think that’s enough, a few moments of ecstasy in a life of Beckett dullness. Peaks cannot exist without valleys. My translating is a Wagner opera. The narrative sets up, the tension builds, and suddenly a moment of pure pleasure. Gabriel blows his golden trumpet, ambrosial fragrance fills the air sublime, and gods descend from Olympus to dance — most heavenly this peak of ecstasy.

I think of this 72-year old Beirut woman who was married once as I drive to work one day. I think of this “unnecessary woman” who spoke of Hannah, her almost-sister-in-law, with tenderness and longing, in the shower. Here was a woman — in the midst of a civil war, without a partner, without children — who could easily forget the world around her and feel triumphant with literature, with art, with music. She ain’t no Virginia Woolf, although the British writer would commend the apartment she kept for herself.

What is a life spent with books and literature, specially the life of an Arabic woman? Considering all the hetero-normative norms imposed by societies at large, the incessant expectation of fulfilling biological roles, the woman for the home as opposed to woman for herself, the silencing of intellect to focus on nurturing the role that’s been set for her… Aaliya’s life was by no means conventional.

Her love for the written word, her position in society as a widow who never loved her husband, as an older woman whose affection for her dead sister-in-law, Hannah, echoes within her – she was, by normal standards, an unnecessary woman to all but probably the kind of woman every lover of literature aspires to.

The beauty of the first sentences, the “what is this?,” the “how can this be?,” the first crush all over again, the smile of the soul. My heart begins to life. I can see myself sitting all day in my chair, immersed in lives, plots, and sentences, intoxicated by words and chimeras, paralyzed by satisfaction and contentment, reading until the deepening twilight, until I can no longer make out the words, until my mind begins to wander, until my aching muscles are no longer able to keep the book aloft.

Today (August 9th) happens to be National Book Lovers Day and Rabih Alameddine’s An Unnecessary Woman could not have been a more perfect book for this occasion.

Joy is the anticipation of joy. Reading a fine book for the first time is as sumptuous as the first sip of orange juice that breaks the fast in Ramadan.