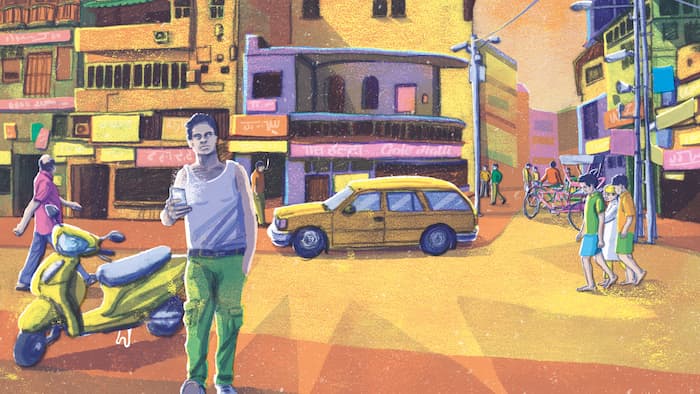 This is what it felt like to be a bomb. You were coiled up, majestic with blackness, unaware that the universe outside you existed, and then a wire snapped and ripped open your eyelids all the way around and you had a vision of the world that was 360 degrees, and everything in your purview was doomed by seeing.

I picked up Karan Mahajan’s The Association of Small Bombs a week ago, after seeing it on the National Book Awards longlist for fiction. I’ve been on a literary fiction trajectory these past few weeks, after being immersed in the brilliant work of Colson Whitehead and Brit Bennett.

We live in a time of war. While the ongoing civil war in Syria is the most apparent, the struggle for power around the world has created tensions met with varying degrees of violence. There are threats of nuclear bombs being detonated, militant groups vying for territories and threats of violence in different parts of the world: Philippines, South Africa, Iraq and Afghanistan.

But what counts as a “bomb” is not just merely physical, but on political, social and emotional levels as well. After all, no one saw this bomb coming: Donald Trump winning the election. What Mahajan explores in the book are not just the actual bombs, but the interconnected-ness of the origins, the bomb itself and the aftermath.

At the heart of the story is Mansoor, a victim of the Lajpat Nagar market bombing in Delhi, India. He was only 11 years old when the bombing happened, killing two of his friends — the brothers Tushar and Nakul — instantly. The brothers’ parents, Vikas and Deepa Khurana, spent the subsequent years in alternating periods of rage and grief, as Mansoor and family tried to heal from the tragedy. 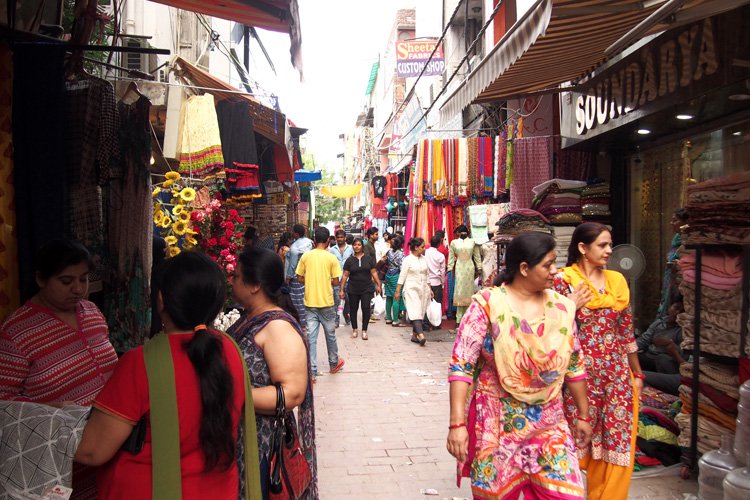 The victims of the bomb in the book — Mansoor, the boy who survived, his overprotective parents Sharif and Afsheen, Vikas, depressed before and after the bombing, Deepa, the mother who seeks revenge — are only a small web of characters as Mahajan introduces the “other side”: Shockie, the bomb-maker, Malik, his closest friend who was wrongfully imprisoned and finally, a character that binds them all — Ayub, an activist whose belief in nonviolence was steadfast.

Stories on grief usually focus on the victims. What Mahajan skillfully expounds are the back stories, the pre-meditations and the chain reactions. While we cannot completely comprehend how it feels to lose your children, how to hurts the way Vikas does, we can recognize his grief and empathize with it.

Why bother with talk? You lift a spoon from a claw of thick stew and you weep. You wrap your hand around an armrest on a bus and it is as if the burning steel was riven from the earth only to remind you of the hotness at the core, to which your children will be returned. Under the shower there is the outline of your body for water to fall around, then a sputter and dry-throated silence in which you are sheathed in the same soap that you remember scrubbing off the shoulders of your boys. No action is safe from meaning.

Midway through the story, the spotlight turns to Mansoor as he entertains a life of comfort amidst his injuries. He goes to school in the U.S. briefly then comes back to Delhi to the delight of his aging parents, ever so protective of their only son. While biding time, he ends up meeting and joining a local NGO called “Peace for All” whose aim was to free wrongfully imprisoned “terrorists.”

Each person deals with their grief uniquely, in ways that may not make sense for other people. Mansoor carried the guilt of leaving behind the brothers while he walked away with minor injuries, largely unscathed.

Though he had no experience with mortality, though he had not gone over to their corpses to examine them, he had known they were dead, and had known there was nothing he could do. How to explain this? How to tell his parents the obvious thing — that walking had been his way of grieving, of indicting the city with his eyes?

Both Vikas and Mansoor’s grief are unshakable, manifested in the scars they carry throughout their lives. But there’s always another side, although unfathomable from the other. I met Shockie.

Whereas the families were left with the imprint of the bombing, Mahajan ushers Shaukat “Shockie” Guru into the story, the bomb-maker whose mission it was to disrupt the elections by blowing up Lajpat Nagar. He was from Kashmir, an Indian subcontinent, whose struggle from both Pakistan and India have spanned for decades.

Shockie’s first bomb fizzled, and it was the do-over that injured Mansoor and killed the Khurana brothers. While the victims’ perspective were rife with emotional gravity, Shockie flourished in technicality.

A journey to Delhi to plant a bomb did not require much, at least in the way of equipment. Most of the stuff you needed you bought there. That way no one could trace you to your source. You destroy a city with the material it conveniently provides. But every respectable revolutionary needs a few change of clothes, and Shockie, on his knees in his shabby room, folded two shirts and a pair of black pants into the kit bag.

The Association of Small Bombs zooms in and out of different perspectives, giving us slivers of very different lives. It shows the thread of humanity that runs through time, and the interconnected-ness of events that we are oblivious to. It awakes us to the process of why certain events happen, as it widens our own perspectives of what courage looks like.

It also opens up possibilities of different ways of thinking, of ways that weren’t options before. Perhaps an even greater tragedy is not being able to adapt the situation with the means needed to enact change, just as Ayub, Mansoor’s activist-friend experienced. After a nonviolent protest that failed to garner the media’s attention, one could feel a sense of implosion.

It was nonviolence taken to its full extreme. But the press gave it no attention. Now I see it’s a world where everything operates by force. If you sit and let people go on, they will. I had always thought you had to educate others about your pain, show them how to solve it. Now I realized you have to make them feel it.

One thought on “A Crisis of Values, with Karan Mahajan”