I walked up the stairs to the Poetry Room of the City Lights Bookstore one evening, eager to see Rabih Alameddine and listen to a reading from his most recent book, The Angel of History (Shop your local indie bookstore). While I did not know much about the new book, I read An Unnecessary Woman this year and thoroughly enjoyed it. It is every book lover’s delight, and you can read about my review of the book here.

Rabih read two passages from the book, and both times I held my breath at equal intervals — unfamiliar with the story but intimately acquainted with the themes of memory, of remembering all too well.

It couldn’t have been a better time to be reminded of not forgetting. With the onslaught of cultural and political amnesia these days, how can the importance of history be reinstated in a way that fosters consciousness?

The imminent return of a ruling family that nearly destroyed my home country, the Philippines, is terrifying, while the rise of a fascist government in the U.S., which has unleashed a wave of white supremacy all over the country  (even in the most self-proclaimed progressive bastions) is alarming. 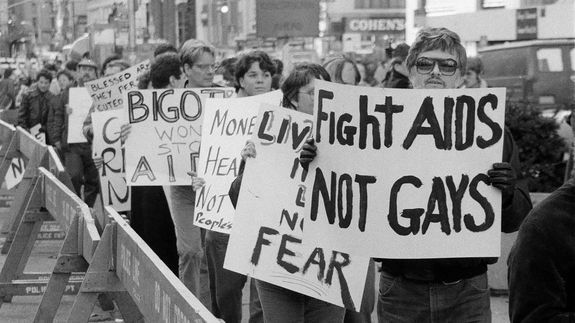 Given the current climate, Rabih was right. And he was bringing up what used to be a significant issue among the population — the AIDS epidemic.

I watched as Rabih expressed his hurt, anger, grief and disbelief, at how easy it is to forget. That just few decades ago, gay men were dying in incredulous numbers as the AIDS epidemic run rampant in places like San Francisco and New York City. I admit that I’m a bad gay ally — that as a queer woman, I really don’t know much about what happened.

The Angel of History explores the life of Jacob, a gay Arab man living in San Francisco whose friends and partner succumbed to the AIDS epidemic. He’s grieving, in utter desolation because of the loss of lives, and he lives out his life as if writing an endless letter to his deceased partner he calls “Doc.”

The beating of your heart kept me awake one night, for months after you died I saw you everywhere, heard you, your voice, sonorous, throaty, reverberating in my ear. I wasn’t crazy, I knew you were dead, I buried you after all – I mean, I burned you, cremated you.

My heart is restless until it rests in thee. 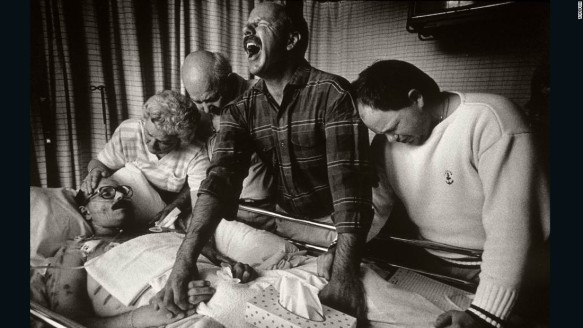 It was in this context that I started to understand the gravity of that time, in a way that was more intimate and not clouded by facts and figures. Rabih has a way of telling a story that resonates with you, like how he did with An Unnecessary Woman. It’s that propensity to go inwards, to go deeper that I appreciate about his craft, that lets me in on things I wasn’t privy before.

And it isn’t just a narrative of the personal loss, but also a curtain drawn to reveal the intricacies of a gay Arab immigrant living in the United States. It’s also these sentiments — those of the displaced, those of the separated — that keeps the heart at bay. My queer immigrant self felt tender:

I was forced to emigrate while I was still my mother, while I was within someone else’s flesh. You never emigrated, Doc, you were born and raised in this town, but I tell you, when you leave, a section of your heart withers on its vine, you start over again, over and over, you mispronounce your name once and once again, Ya’qub becomes Jacob and then, heaven forbid, Jake, you get on with your life, but each time you bid farewell to a place, voracious flesh-eating fish swim up from your depths, vultures circle your skies, and your city’s dead quiver with fury in their graves, and bang on their coffins, but then your homeland feels too paltry, a canoe tied to a branch by your mother’s hair.

At the same time, there were several moments in the book where I felt a little lost, felt a little disconnected. In addition to Jacob’s perspectives and narratives, Death, Satan and the Fourteen Holy Helpers (also known as the Fourteen Saints) also played huge roles as they considered wielding their influence on him. While this was a little distracting to the story, it made for a unique reading experience — just don’t get lost. 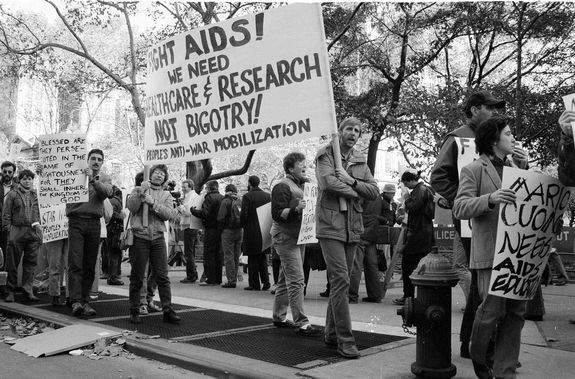 I have to tell you that I wasn’t able to cry after you died. I’m sorry. I wasn’t able to cry for you or any of us. I was terrified of following, desperately clinging to the buoy. How could my heart be reconciled to its feast of losses. For years I thought I was a terrible person for being unable to shed a tear, a disgusting man. Only now do I allow myself a justification or two: my heart was too small, I had to care for you, for all of you, for all of us, I had to write everything down, I could not deal with loss irreparable, I wanted to speak for the dead, I had to make sure that the living remembered. Well, I forgot the last, didn’t I?

Still, The Angel of History is one of those rare books that takes you into so many depths — of grief, of migration, of separation, of family, of sickness and an unconscious forgetting that most of us may have unwillingly participated in. This is that book, and this is that story.

One thought on “Revisiting History, with Rabih Alameddine”