“An attitude to life which seeks fulfillment in the single-minded pursuit of wealth — in short, materialism — does not fit into this world, because it contains within itself no limiting principle, while the environment in which it is placed is strictly limited.”
–E.F. Schumacher, Small is Beautiful: Economics as if People Mattered

I’m not one to jump for the joy at the sound of economics, nor do I find the subject of economic progress appealing. I can, on the other hand, understand the necessity of work, of having a job in order to sustain one self. It is only from this perspective, this incredibly minute perspective that I was brought up in: life is about finding the right job and living comfortably until you die peacefully.

This perspective changed as soon as I became an activist. When you come face to face with the dire working conditions of your people, you want nothing but change. You know what the ideal world you dream up with others look like, but you don’t exactly know the specifics of what it takes to get to that world.

“What becomes of man in the process of production?”

This, by no means, is really your fault. There are numerous institutions and systems at work.

When I read Alain de Botton’s The News: A User’s Manual last year, he wrote about how news cables were first laid on the ocean floor — in the service of economics.

Historically, the evolution of the modern news media has been closely linked to the need for market information on the part of capitalism’s banks, brokerages and trading houses.

The transoceanic cables laid between the United Kingdom and the United States in the mid-nineteenth century were jointly funded by financiers and news companies (Reuters, for one).

Most of the economic news we also receive for the most part fly over our heads: there is no section of the New York Times dedicated to economics as a whole, but there is a Business section. It isn’t too hard to guess which portion of the population it aims to serve — either the rich, or for those of us who see trade and job-making a way of life.

I haven’t heard of Schumacher before, but I came across a Brain Pickings post once called “Buddhist Economics.” Those two words together caught my attention. That same day, a friend pulled it out of her shelf and told me that I should read it. I took that as a beautiful happenstance. This book and I were fated.

“The cultivation and expansion of needs is the antithesis of wisdom.”

This book was first published in 1975, about twelve years before I was born. Schumacher’s book was dismissed as wanky, crazy even to quote Gandhi and Buddha in a field ruled by statistics. His premise was simple: in a world where capitalism is god, we needed to face hard facts about the way we lived our lives.

We is the operative term; most of the major economic decisions made back then (and to this day) were beyond what the average citizen had a control of. In understanding the scope and essence of our economic lives, he referenced other concepts: peace, permanence, Buddhism, consumerism, nature as capital, materialism.

I started to get even more interested. As I get older, I find myself drawn to things that evoke a sense of spirituality. I found this in Small is Beautiful as he pointed out man’s irreverence and arrogance, reminding us — mere human beings — of our own impermanence. It was humbling.

He [Schumacher] reminds us that economics has only become scientific by becoming statistical. But at the bottom of its statistics, sunk well out of sight, are so many sweeping assumptions about people like you and me — about our needs and motivations and the purpose we have given our lives. 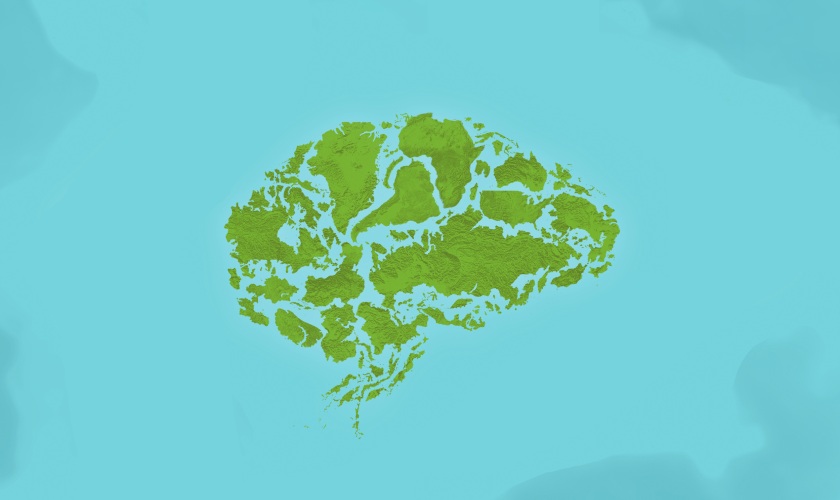 Any talk of economics is nil without mentioning production, a problem believed to have been solved because after all, to paraphrase Schumacher, aren’t we better fed, better clothed, better housed, better educated than ever before? Most of us, he says, but only in the rich countries.

The increasing inequality is major cause for alarm, a signal that the direction we are heading to is nearer and nearer to destruction. He points to greed, to envy as illusions of happiness — “that the substance of Man cannot be measured by the Gross National Product.”

It is in this context that he debunked the problem of production: capital, as we know it, does not include the most important element it needs to survive — nature. Of which is limited, of which is not permanent. Sure, there are machineries. And yes, there is labor. What the capitalist does not take into account is the limitation of resources around us, that it is finite and is being used up at alarming rates.

Modern man does not experience himself as a part of nature but as an outside force destined to dominate and conquer it.

We find…that the idea of unlimited economic growth, more and more until everybody is saturated with wealth, needs to be seriously questioned on at least two counts: the availability of basic resources and, alternatively or additionally, the capacity of the environment to cope with the degree of interference implied.

He goes straight to the core of the human condition, and I am vaguely reminded of a political philosopher whose name I have forgotten but whose words have been embedded in my mind: that we are all caged monsters inside.

I’ve long been haunted by the idea of man’s insatiability, something that all spirituality tackles. And as much as I understand the beauty of creating and adhering to alternative realities where justice and equality are possible, I am terribly suspicious of man’s inherent nature.

Schumacher is much more forgiving, much more hopeful.

How could we even begin to disarm greed and envy? Perhaps by being much less greedy and envious ourselves; perhaps by resisting the temptation of letting our luxuries become needs; and perhaps by even scrutinizing our needs to see if they cannot be simplified and reduced.

He brings a more humane approach and a way of thinking about every aspect that touches and influences our lives, challenging the reader to see economics as a system up close.

Small is Beautiful, among other things, is an invitation for a deeper, personal reflection:

“The cultivation and expansion of needs is the antithesis of wisdom. Every increase of needs tends to increase one’s dependence on outside forces over which one cannot have control, and therefore increases existential fear. Only by a reduction of needs can one promote a genuine reduction in those tensions which are the ultimate causes of strife and war.”

All illustrations are created by illustrator Mike McQuade.

One thought on “Economics as if People Mattered, Economics in a Spiritual Sense (with E.F. Schumacher)”