Still on the same frequency after publishing this post because I just came across this gem — Don’t Be a Dick: Colum McCann’s Advice to Young Writers, which had this essential quote:

Trying to write without reading is like venturing out to sea all by yourself in a small boat: lonely and dangerous. Wouldn’t you rather see the horizon filled, end to end, with other sails? Wouldn’t you rather wave to neighboring vessels; admire their craftsmanship; cut in and out of the wakes that suit you, knowing that you’ll leave a wake of your own,and that there’s enough wind and sea for you all?

In other news, I just finished watching the Netflix series Thirteen Reasons Why. It’s powerful stuff, yo. First published as a young adult book by Jay Asher, the series revolves around 13 tapes that a teenager made and disseminated after her suicide. While the show tackled issues like rape, bullying and toxic high school culture, the biggest thing for me is that it opened up the discussion around mental health in the mainstream.

The series isn’t perfect, and can at times misrepresent many facets of suicide, but it’s worth watching. There are tons of local and national resources out there too, like Lifeline and The Trevor Project. I also came across this thing called bullet journaling specifically for keeping up with your mental and emotional health. 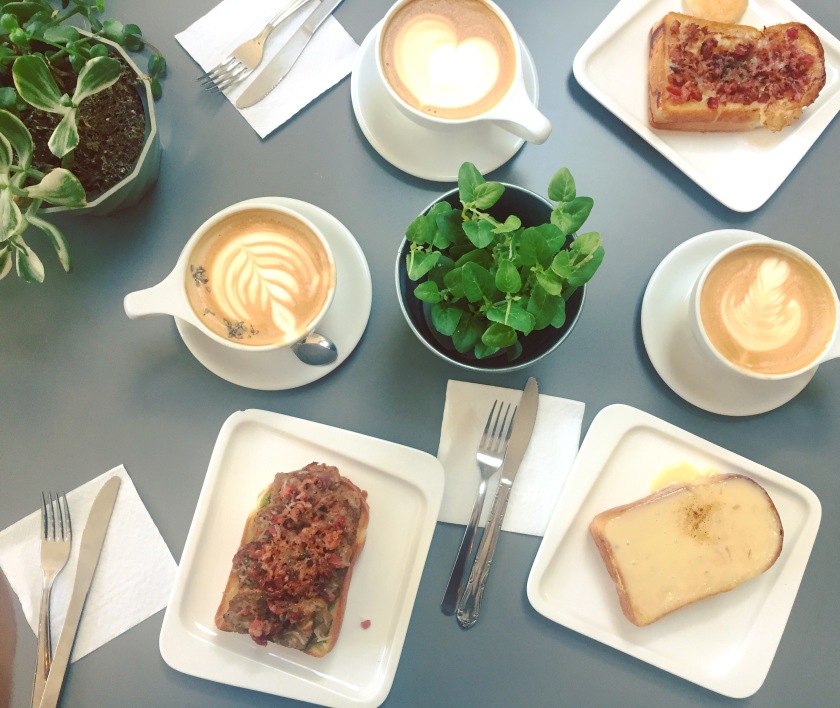 Had the most scrumptious toast and a lavender latte from Home Cafe. Go visit them in San Francisco!

And if you haven’t read my recent fiction book reviews, here they are:

What can I become quite good at that’s really difficult for a computer to do one day soon? How can I become so resilient, so human and such a linchpin that shifts in technology won’t be able to catch up?