Ah, June — the beginning of summer, of sun-kissed bare shoulders dotting sandy white shores, the season of the infamous beach reads. But before I get into the nitty gritty of that, here are this month’s reading list: 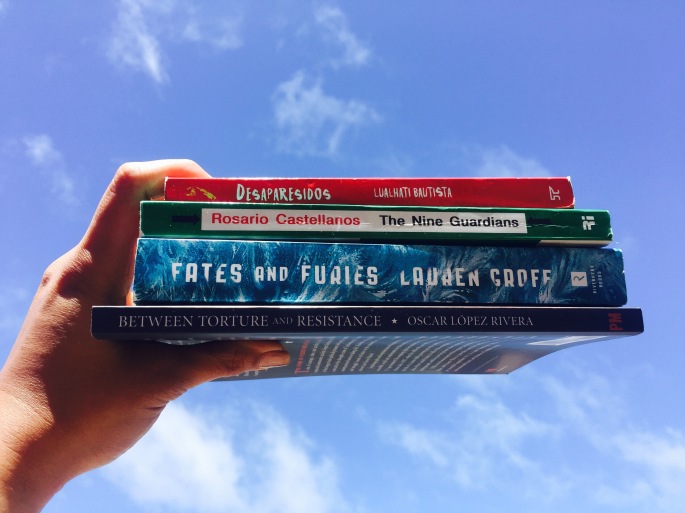 Lualhati Bautista’s Desaparesidos, timely because of the Philippines’s current situation (martial law declared in the southern region); The Nine Guardians by Rosario Castellanos, Mexico’s most important women novelist of the century as I just concluded an insightful trip to Mexico City; Lauren Groff’s Fates and Furies, a 2015 novel of an author I’ve been curious about for awhile now; and Oscar Lopez Rivera’s Between Torture and Resistance, a book I recently picked up at an event celebrating Oscar’s freedom after being jailed as a political prisoner.

I looked up at the sky this morning, felt my feet planted on the earth, my heart in place with gratitude for the day. It’s another week of days at the workplace, of meetings building up a brighter future, of 30-minute breaks spent in hospital corners with one of the titles above.

Some days I feel like I’m just drifting along a sea of timelines / guidelines / deadlines, floating mindlessly in a world I’m trying so hard to recreate, a place that extends beyond what I know as home.

And so I come back to reading. Page after page, title after title. On days when I don’t exactly know what to do, I know there will always be books.