Since the 2017 Man Booker Prize longlist came out, I’ve been stewing on this thought: so many books, so little time. After my pseudo-dramatic rant on Friday, and after perusing the aisles and shelves of Green Apple Books & Music in San Francisco, I made my decision: this summer, I’ll be reading all of the books on the longlist.

What is the Man Booker Prize? Here’s a little history:

From the very beginning of what was originally called the Booker Prize there was just one criterion – the prize would be for “the best novel in the opinion of the judges”. And 45 years later that is still a key sentence in the rules.

‘It is a measure of the quality of the original drafting that the main ambitions of the prize have not changed. The aim was to increase the reading of quality fiction and to attract “the intelligent general audience”. The press release announcing the prize elaborated on this: “The real success will be a significant increase in the sales of the winning book… that will to some extent be shared not only by the authors who have been shortlisted, but, in the long run, by authors all over the country.”

Since I started this blog last year, I’ve become more aware of the literary industry in different aspects. Recognition like the Man Booker Prize, Pulitzer and National Book Awards have helped me decide which books to read, and which books to pay attention to. In an ocean of titles, a lone sailor needs all the help she can get.

In addition to classics that I haven’t read, I look to these key events throughout the year to give me an idea of what  to read next along with book club recommendations (thank you, Oprah!) and national bookseller lists (thank you Michiko Kakutani and Pamela Paul!).

Once the winner is announced, oftentimes I find myself wishing I could identify with the judges’ call — whether I agree with their choice or vehemently oppose it. Last year, I attempted to read the shortlist for the National Book Award but only got to two out of five. I had run of time, and my TBR list was overflowing.

So what books will these be? Here’s a quick video:

Called the #FinestFiction, I’m happy to say that I’ve read three of the books on the list (links to the book reviews above). That means I have ten books left, and I’m gearing up to read Exit West by Mohsin Hamid next after finishing Magda Szabó’s The Door. Last year’s winner was Paul Beatty’s The Sellout which I also reviewed on the blog. With about a month and half before the shortlist comes out and two months and a half until the announcement of the prize winner, I’m thrilled to discover what the judges have seen in these titles. 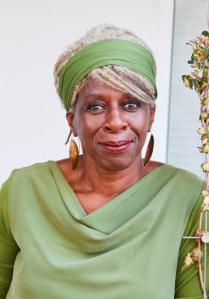 “Only when we’d finally selected our 13 novels did we fully realise the huge energy, imagination and variety in them as a group.  The longlist showcases a diverse spectrum — not only of voices and literary styles but of protagonists too, in their culture, age and gender.  Nevertheless we found there was a spirit common to all these novels: though their subject matter might be turbulent, their power and range were life-affirming – a tonic for our times.”

Hope you can join me in this challenge by reading one, two, three or all of them!