“If you can only be tall because somebody’s on their knees,
then you have a serious problem.”
–Toni Morrison

This past week has been nothing short of a disaster, a crisis on repeat. After three died and several more were injured at a white supremacist, white nationalist, Neo-Nazi rally in Charlottesville, I looked to this video by renowned author Toni Morrison who took white supremacy to task.

To make matters worse, Trump has flip-flopped on his pseudo-condemnation of white supremacists, thereby enabling what he unleashed to begin with. If there is any lesson in all of this, I have to give it to a Libromance favorite, Rabih Alameddine:

I don't think we are appreciating how much the imbecile is uniting the world in hating him.

I’m still trying to understand what provokes white supremacy, and why white people feel the need to assert their whiteness even more, as if hasn’t been the norm since time immemorial. A lot of our institutions today — whether in the government, in education, in the economy, at the workplace — have been historically rooted in preserving white supremacy, and so much back-breaking work has been done by activists, community organizers, even lawmakers over the past few decades to undo this norm. Racism is alive and kicking, although not so much the “in your face” type. But it’s looking like that’s where we’re headed to, all thanks to Trump.

Some questions I’ve been asking are: is it economic? is it political? is it insecurity? What kind of questions do these people ask themselves when they go out and go on torchlit marches, and what answers do they give themselves when someone dies?

I do know that we are all suffering from a system that prioritizes the 1%, because it is made by them after all, and they will do whatever it takes to keep the status quo. In the meantime, I’ve found the Southern Law Poverty Center’s community response guide to be helpful, as it provides context, education and different resources in the face of hate and racism.

Over the week, I finished George Saunders’s Lincoln in the Bardo and Jesmyn Ward’s Sing, Unburied, Sing which interestingly featured ghosts — specifically the spirits of dead people — in the storyline. I was confused Saunders’s story, but I stayed with Ward’s throughout the whole time. I like to think that there is always some underlying connection with the books I read and the time I’m reading them. Book reviews will be out in the next couple of weeks, so keep an eye out. 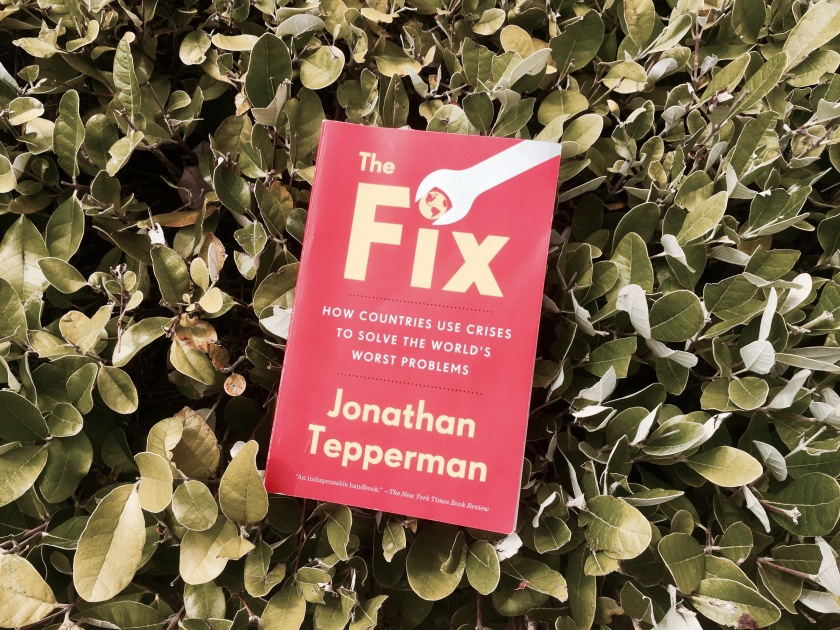 My book review of The Fix by Jonathan Tepperman came out this week, check it out when you got a minute — it’s a good read if you want a little bit of hope, if you want to marvel at the audacity and capacity of leaders of different nations to pull their people through.

I leave you with this: an episode of On Being’s latest podcast, an interview of Krista Tippett with civil rights icon Ruby Sales.

“Where does it hurt?” That’s a question the civil rights legend, Ruby Sales, learned to ask during the days of that movement — a question she found to have a power to drive to the heart of the matter. It’s a question we scarcely know how to ask in public life now. Ruby Sales says we must be as clear about what we love as about what we hate, if we want to make change.