Reading Jesmyn Ward’s Sing, Unburied, Sing was like having a deep, deep breath lodged in the cavity of my chest, something I held on to for its entirety. Ward’s newest novel isn’t for the faint of heart either, but for someone who’s strong of will, someone who can understand the gravity of what it means to be healed, and what it means to need healing, specially at a time when the world just feels too heavy.

I got to know Pops and Jojo first, in a barn where they skinned a goat, on the family’s farm in rural Mississippi. This scene is the first of many where tenderness becomes the thread with which binds the two, young and old, tender Pops with his words, sparse and overflowing with love for the young one, the equally tender Jojo. 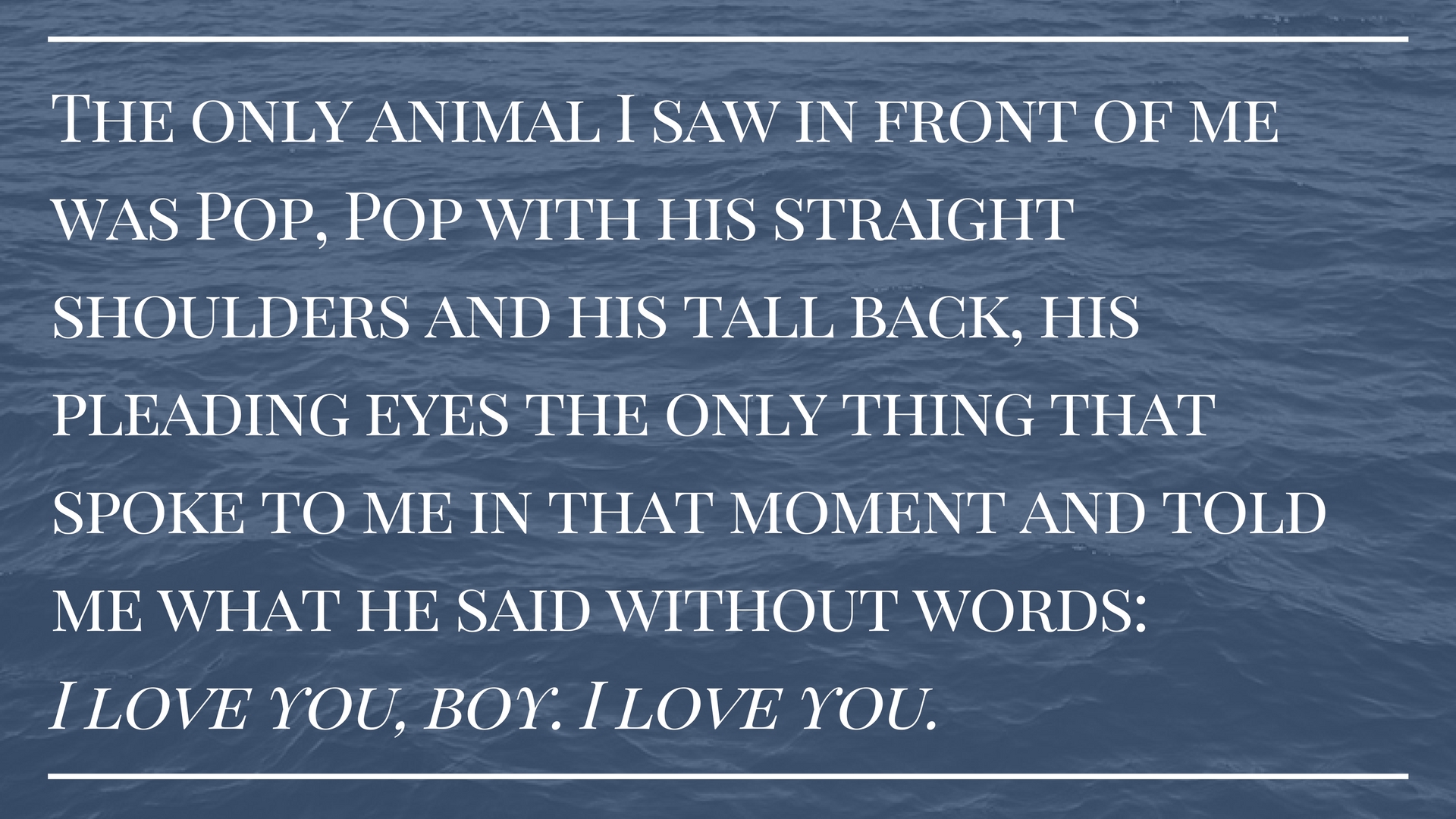 Before anything else there was already loneliness — something that seemed to walk all over all of the characters, permanent in their skin. Except perhaps for the youngest one, Jojo’s younger sister, his light, Kayla.

I came upon Sing, Unburied, Sing unknowingly, only that I knew I had to read Jesmyn Ward. From her Mississippi herself, I remember listening to an interview she had on NPR where she first discussed her first book, Men We Reaped (Amazon | Indiebound). The book was dedicated to men in her life — her uncle, her brother, several friends — whose deaths have had a profound impact on her.

“I see history, I see racism, I see economic disempowerment, I see all of these things, you know, that come together, or that came together, sort of in this perfect storm here in southern Mississippi, and I feel like that is what is bearing down on our lives.”

Ward grew up in DeLisle, on Mississippi’s Gulf Coast, a place “ravaged by poverty, drugs and routine violence.” Knowing this about Ward, her history then made reading her new novel a little easier, albeit the fact that I was still holding my breath for the majority of it.

I didn’t know that this was going to be another book haunted by ghosts of dead people, as I was still recuperating from George Saunders’s Lincoln in the Bardo (Amazon | Indiebound) which was ok, in spite of the insurmountable grief it illustrated.

A few scenes later, Leonie enters the picture. She is Pops’s daughter, Jojo and Kayla’s mother. Brother of Given, who died after being shot by racist white people (they called it “accident”), wife to Michael (white, in jail for drugs). She’s addicted to meth, and she sees Given every time she’s high, always watching her.

And then there was Mama. Sick in bed, still seeing stars and ocean and plants around her.

Have I mentioned how difficult this was to read? 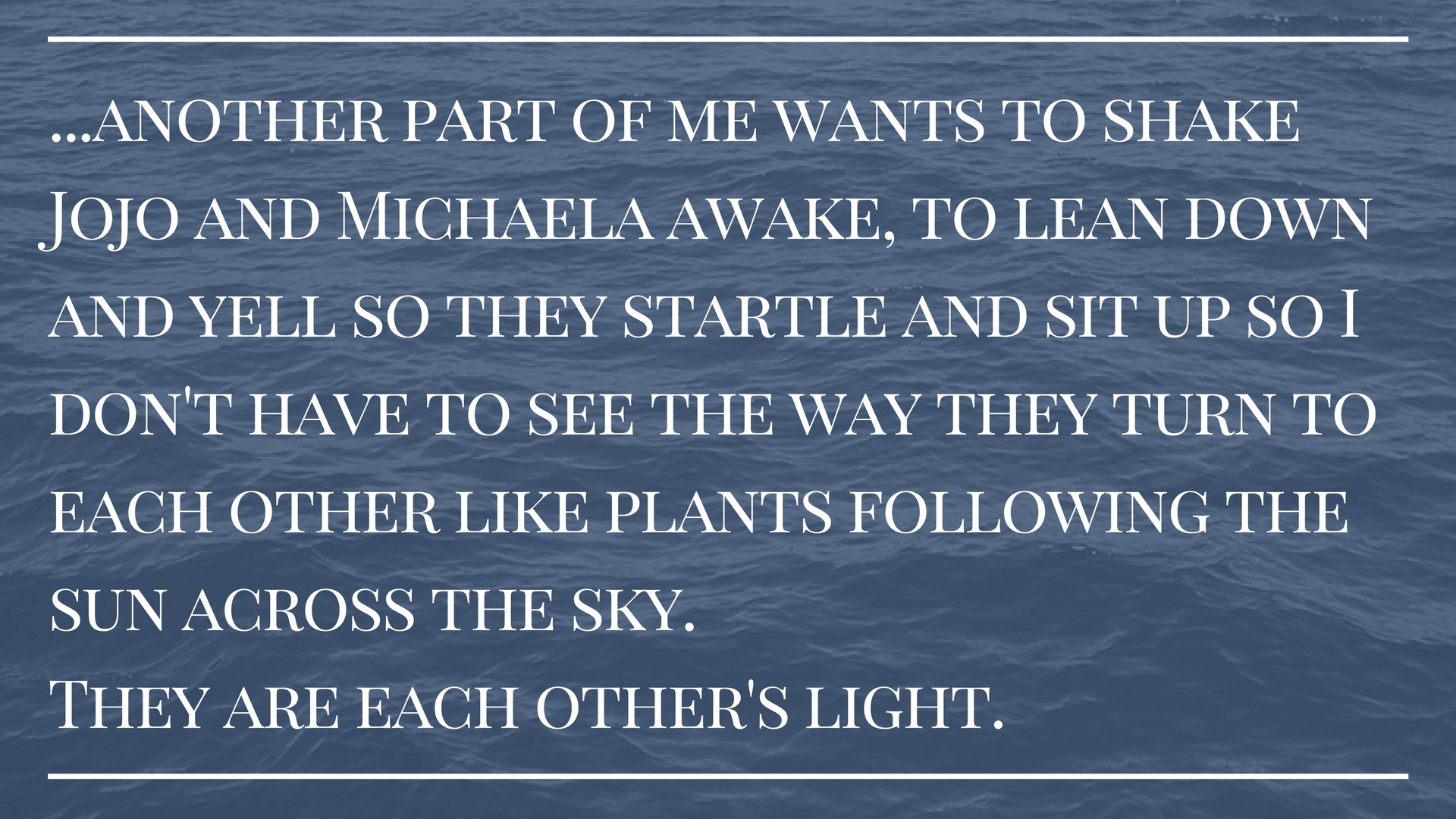 There is hunger, anger, a lot of hurt. Life isn’t fair (it’s never fair, because if it had an ounce of compassion it would never have done this family wrong). It’s hard to pretend that I can just move away from the pain of this family, from Pops, Mama, Leonie, Jojo and to little Kayla (all-knowing and oblivious to everything) that even as I write this, my throat swells to the size of an ocean.

Which isn’t surprising, since this book, as I have mentioned, explores all the different nuances of healing. From the old ghosts that lingered, to the terrible void that filled each character’s heart, Ward illustrated the arc of living tumultuously, as we deal with the ghosts of ourselves.

Mama, on her deathbed, holding Leonie:

All the while shushing like a stream, like she’d taken all the water pouring on the outside world into her, and she was sending it out in a trickle to soothe me. 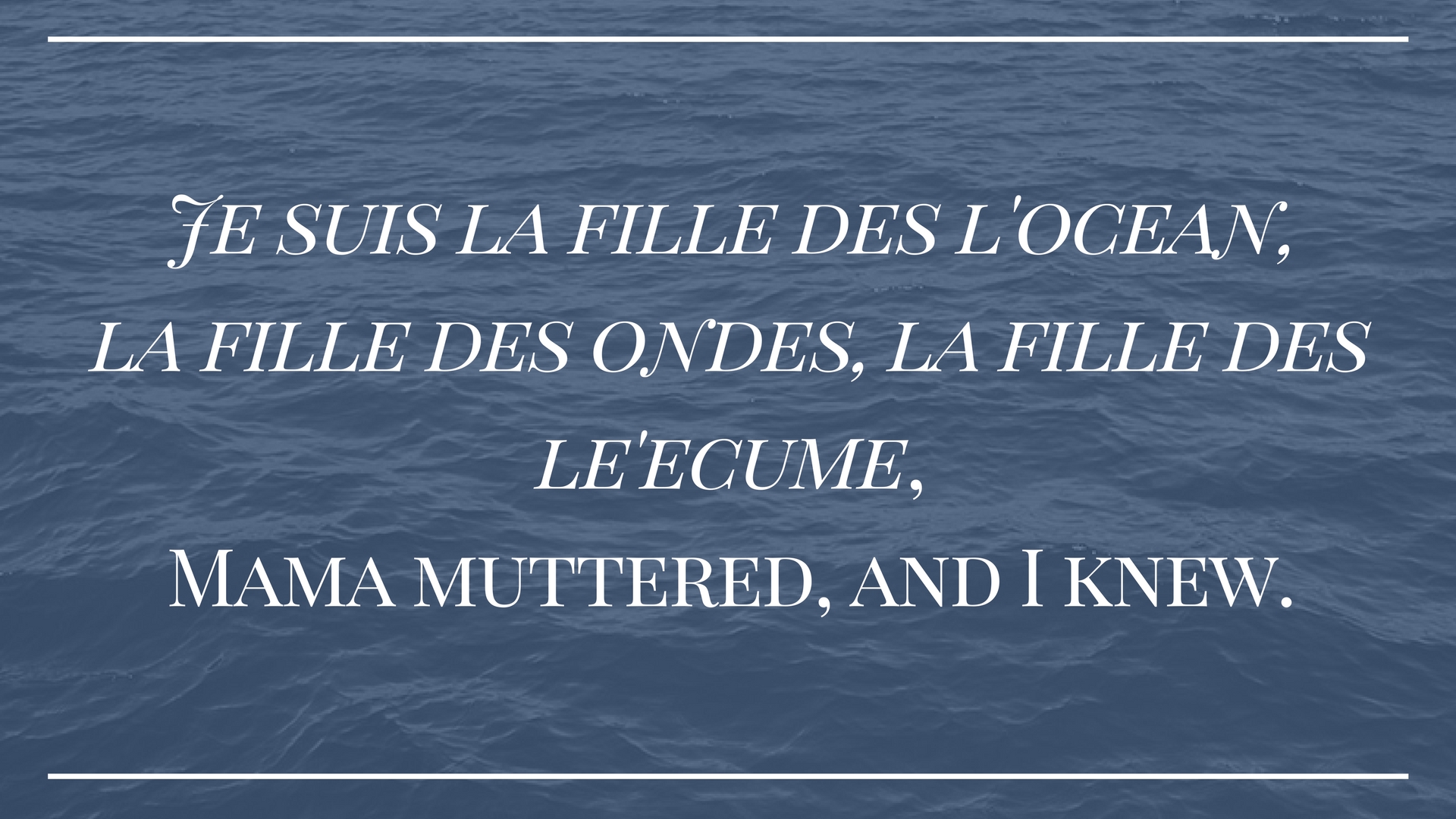 I knew she was calling on Our Lady of Regla. On the Star of the Sea. That she was invoking Yemayá, the goddess of the ocean and salt water, with her shushing and her words, and that she was holding me like the goddess, her arms all the life-giving waters of the world.

This is one of those books I would love to read again. It’s not an easy read, but it captivates so many emotions that you couldn’t help but feel as if you were part of the story, a ghost in the family, among many ghosts whose songs have yet to be sung.

FTC Disclaimer: This e-book was given to me by Simon & Schuster for a book review.

6 thoughts on “A Balm to Many Wounds, with Jesmyn Ward (A Book Review of ‘Sing, Unburied, Sing: A Novel’)”