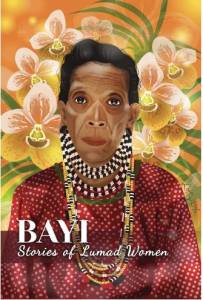 I also couldn’t compile a list without mentioning Arkipelago Books in San Francisco, which has always been Pinay-owned from the first time it opened its doors. First operated and managed by a Pinay single mom, Arkipelago is now run by a team of Pinay book lovers who want to continue the legacy of distributing and supporting Filipino literature. You can show some love to our sisters and hit them up for copies of these books (although BAYI is only available through salupongan.org).

This is by no means an exhaustive list but think of it as a starting point. I am deeply grateful for the work of these women who have continued to tell many stories of our people, no matter how hard or painful. We’ve always turned to our communities in times of crisis, just as our ancestors drew strength from each other. We are a resilient people; we come from a long lineage of freedom-fighters.

Our literature have always shown us that, and it is my hope that we carry these stories as we go about our days in whatever ways we choose to.