It’s still Filipino-American History Month! For my Filipino fam & non-Filipino folks out there, here’s a Pinay-authored guide for you to cozy up with featuring work from acclaimed authors, guaranteed to take you on a wild ride of self-discovery, history and memory. Read it now. 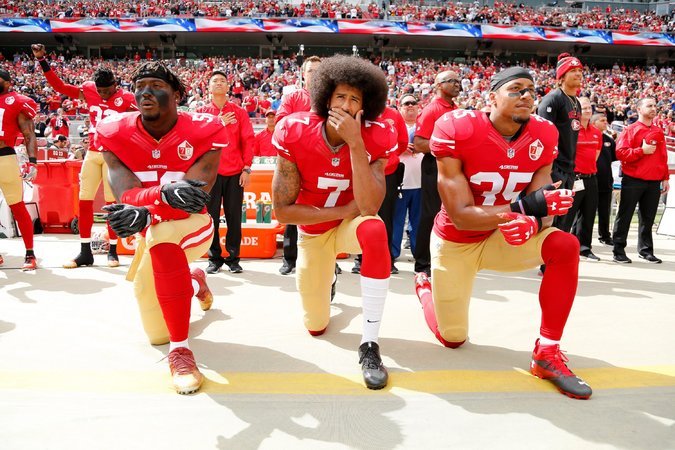 I’m not a football fan but ex-49er Colin Kaepernick got me watching. Ever since he took the knee to protest racial injustice in America, I’ve kept close watch on the wave of NFL protests and by default, Trump’s unsurprisingly stupid reaction. Far from disrespecting the flag or military veterans (see: ways Americans disrespect the flag daily), what’s happening here is an unprecedented political statement from an industry I’ve considered apolitical ages ago. I remember watching the SF Giants parade back in 2014 and thought: what is it about sports that unite and bring out so many people across racial, socioeconomic and gender lines?

So here’s Kaerpernick, defying what I’ve thought and assumed all along. If NFL fans won’t have him, the literati will embrace him with open arms. He’s reportedly signed a million-dollar book deal with Page Six, an imprint of Random House. I’m definitely all eyes and ears on this one.

Even after more than a decade of living in the Bay, I still cling to the age-old tradition of honoring All Souls’ Day instead of Halloween — which is why I’m so excited for MUMU, a multisensory art show in San Francisco honoring the occasion! Come thru if you’re in the Bay.

New book review alert! My review of Rachel Khong’s Goodbye, Vitamin came out this week so check it out here — it’s a wonderful read on familial relationships, and a reminder of the frailty of our own bodies.

Happy reading, until the next time!