When Uncommon Type: Some Stories by Tom Hanks was released, I was immediately intrigued. I usually ignore books by celebrities and dismiss them, with the exception of The Autobiography of Gucci Mane which I reviewed last month. Ok, so maybe my barometer for legit reads is if they get interviewed on KQED which Hanks did, a signal that this was a “real book” as opposed to just a self-promotional ploy.

So when Book of the Month had the book as one of its monthly selections, I knew I had my choice picked.

It wouldn’t be for another two months after that that I would dive into the book, and as always, the timing couldn’t have been perfect. I purposely did not read any reviews or listen to any interviews because I wanted my review to unvarnished, free of influence.

And boy did I love this book.

Each story is anchored with a quiet but resolute vibrance, the kind that emphasizes humanity more than grandiosity (I expected the latter, because hey, he’s a movie star after all). There aren’t any big hooplas, no grand entrances or fire-truck alarms going off that holds your breath captive by the page. Instead, he writes about the many rhythms of daily life, the ones we will have  missed if we weren’t paying close attention.

It’s easy to be enamored with the stories. In Three Exhausting Weeks, the protagonist navigates a new intimate relationship head on, transforming into a male version of his new girlfriend. The title says it all. From running to eating healthier, each new habit eventually pulls him away from his old self, something he thought wasn’t all too bad. Well, at least until the relationship has ran its full course. 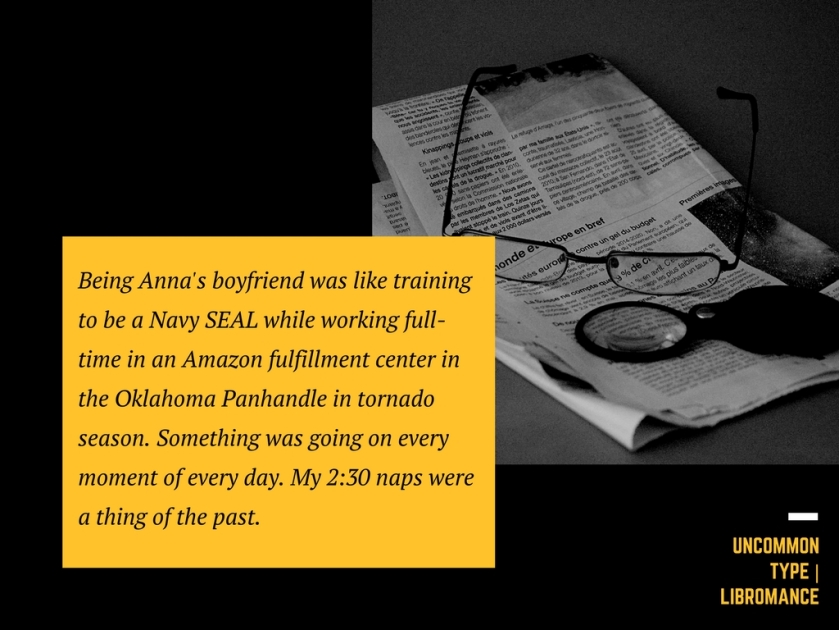 In A Junket in the City of Light, he details the life of an almost-big celebrity who landed a big role in a movie alongside a movie star. The rest is a whirlwind of traveling, press appearances, interviews and endless Q&As. While fictional, I love how this story is a peek behind what really goes on when you make it. Aside from the perks of traveling for free, it almost feels like selling your soul to the masses who you hope will gobble up your finest work.

Hanks also played with different formats like including newspaper-styled clippings of his stories, adding a nice flair to the compendium of seventeen stories soon to be well-loved by many. Most of his stories also explore the different sides and voices of families, something I really found endearing. But whether it’s the story about that kid torn between two sets of parents or the new immigrant in New York, there’s something in Uncommon Type you’re sure to love.

P.S. If you can figure out the recurring guest/feature in each story or piece, it makes the book even more exquisite.