You see, plants are our greatest yet most humble servants; they care for us every day, in every way. Without them we would not survive. It is as simple as that.

In return for their generosity, we treat them appallingly.

I’m probably the last person to talk about plants or nature in my circle but in the past couple of years, I’ve been slowly seeking the natural world, listening to an intimate pull towards it.

When I finally read The Plant Messiah: Adventures in Search of the World’s Rarest Species (Shop your local indie bookstore) by Carlos Magdalena, it felt like a culmination of sorts because I’ve been thinking so much about my own relationship to flora and fauna, to a world beyond what human beings have created for ourselves. It doesn’t help that we are bombarded with so much news about catastrophe and destruction and violence (usually man-made) that a return to the natural world feels inevitable, incredibly urgent.

In some ways, reading Magdalena’s account is a lot like reading about my own childhood. Although he was born and raised in Spain, and I, in the country Spain colonized for over three hundred years (the Philippines), there were many moments of nostalgia. While he was growing up in Asturias tending to plants, trees and animals that his whole family nurtured, I spent many afternoons in Apalit helping my grandfather tend to his ducks and chickens, waiting patiently for tomatoes to ripen.

While I’m thousands of miles away from my hometown, I went to the closest place I can go to that reflected a growing intimacy with the natural world, aided by The Plant Messiah: San Francisco’s own Conservatory of Flowers. 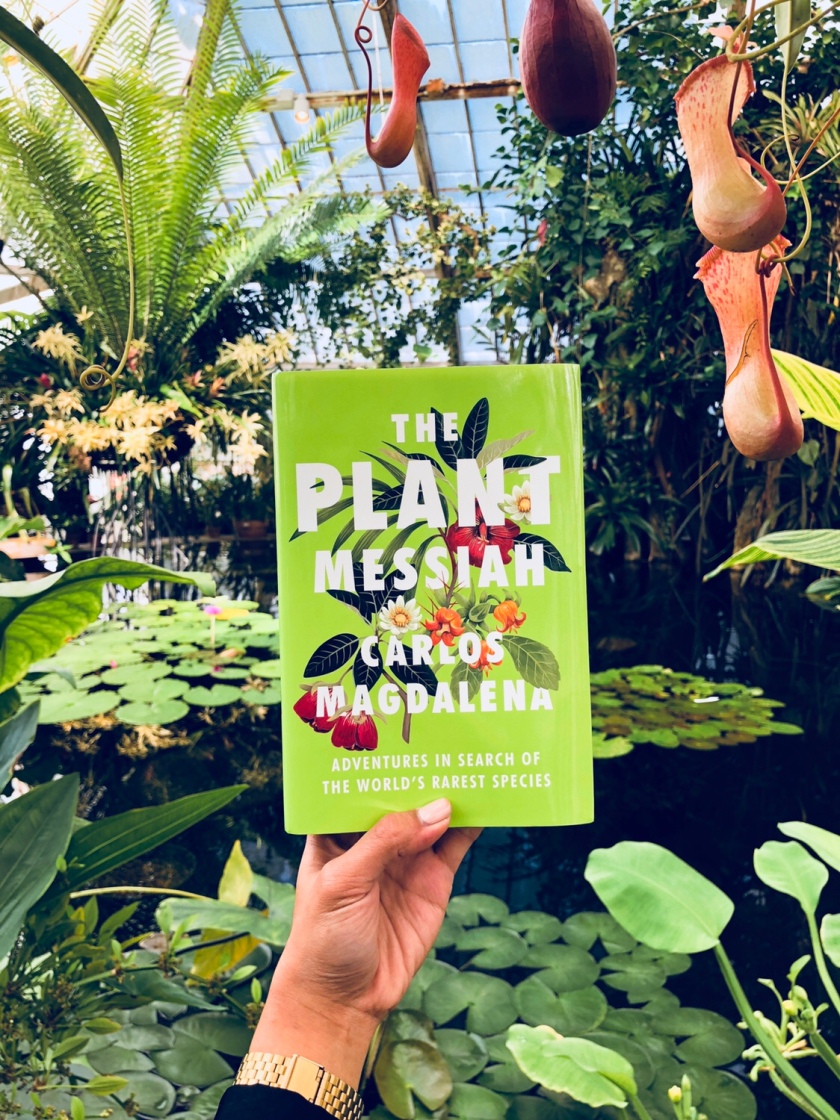 But learning about Magdalena’s journey from his childhood to being the Tropical Senior Botanical Horticulturist at the Royal Botanical Gardens, Kew is nothing short of inspiring. I’ve come across this lesson many times throughout my reading life, something that Magdalena himself abided by: you have to trust your obsessions. And this he did, in every aspect of his life’s work.

After first securing an internship at the Kew, Magdalena continued his childhood passion in full force:

“Plants, people, possibilities” was Kew’s motto at the time, and a perfect summary of what the place is all about.

The greatest responsibility of all was looking after the plants with a red dot on their labels, indicating they were endangered. I had to collect seeds from these plants regularly for storage in the seed bank, as they were so rare in cultivation. It was vital they survived. This was not the kind of collection you would find in any garden; these were rare and precious plants. 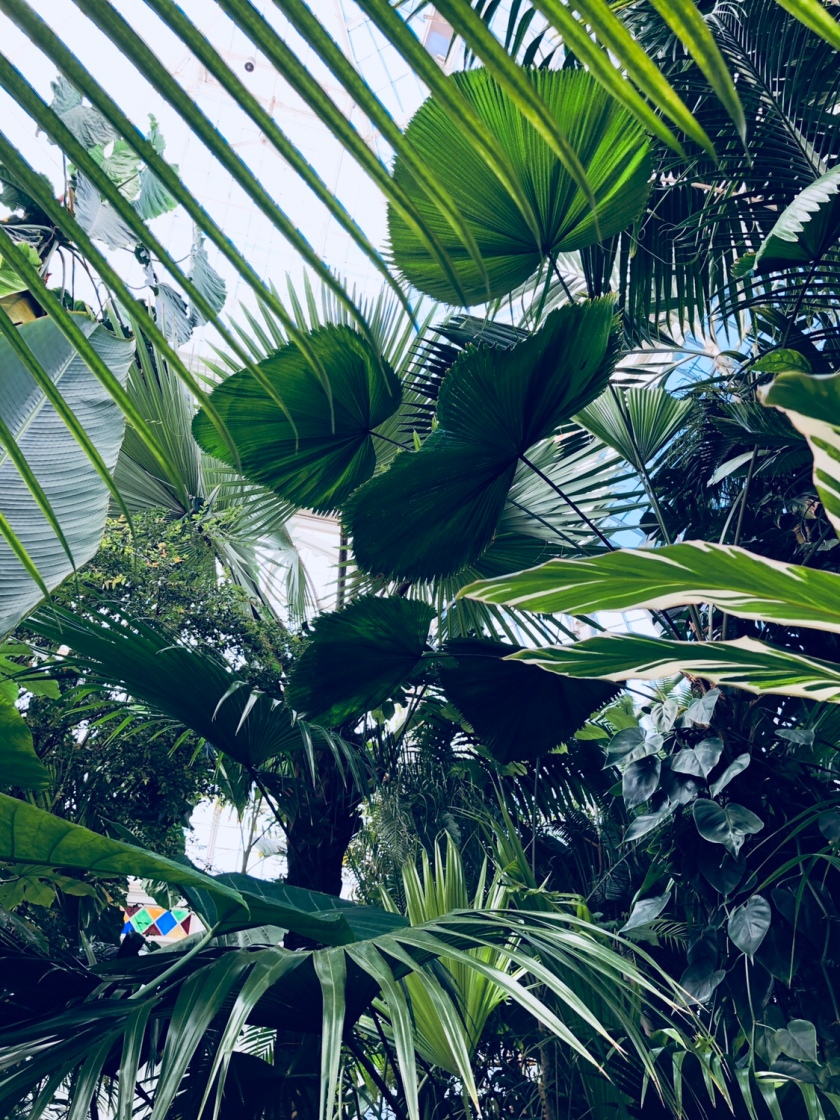 The San Francisco Conservatory of Flowers is home to 1700 species of plants which represent unusual and often endangered flora from more than 50 countries in the world.

But beyond his work as a botanist, horticulturist and conservationist, there’s something about the world’s rarest and endangered species that called specifically to Magdalena. When he first found out about the cafe marron plant (Ramosmania rodriguesi), the last plant of its kind left in the world, he engaged in a profound mission to save and cultivate it.

Magdalena also harbored an intense love for waterlilies, and when he got a chance to cultivate a rare species called Nymphaea thermarum which only grows in hot springs, he went to the task. Impossible was something he didn’t believe in, as he set out to put on his magic–which is really a lot of trial and error, a lot of consistent work. He became successful in this pursuit, so much so that he even wrote a “Nymphaea thermarum recipe” for the International Waterlily and Water Gardening Society. 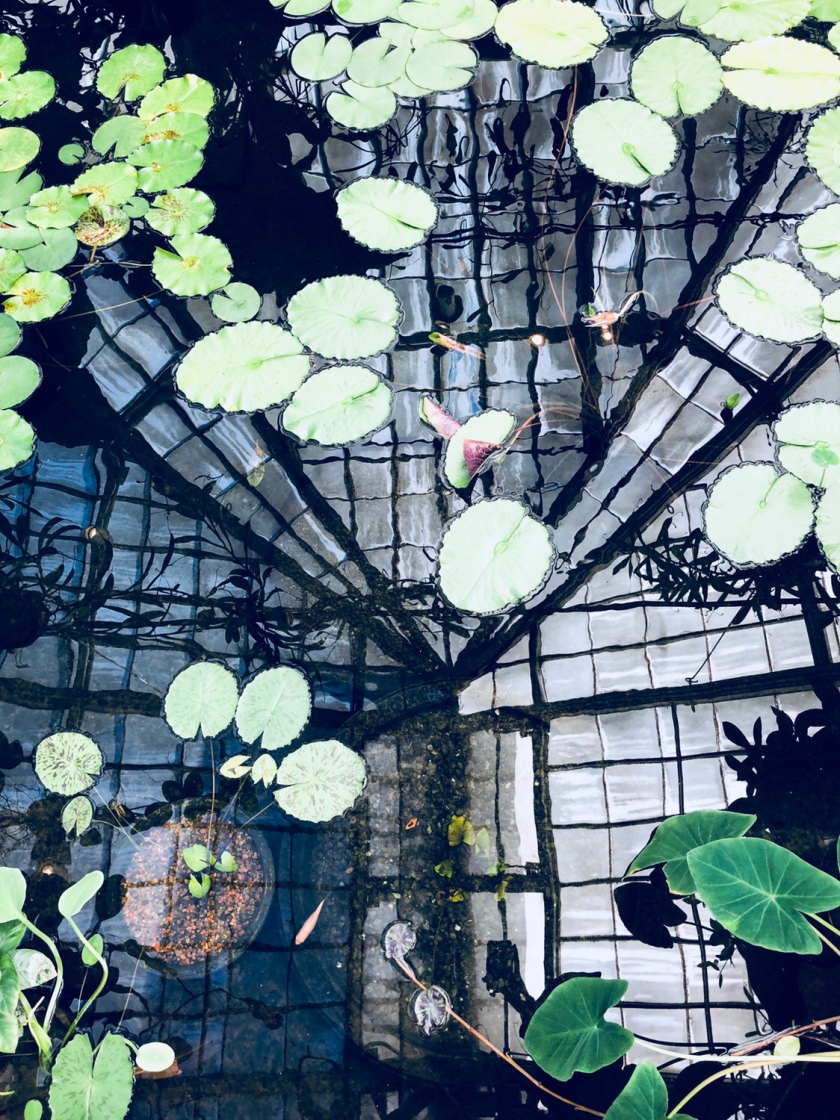 A scene from the Aquatic Gallery at the Conservatory.

From Mauritius, Bolivia all the way to Peru, Magdalena was relentless in his work. More often than not, the cause of so many plants’ extinction are humans. How we, over time, have introduced invasive weeds and other species to other countries resulting in the destruction of a place’s natural world. He called it botanical colonialism.

Colonialism has played a huge role in decimating much of the world’s natural species, but our current lifestyle and realities are also to blame. The global order of imperialism, the insistence of capitalism has resulted to much of the ravage the natural world has been dealing with. Magdalena even points to monoculture forests and random farming as culprits, because as a species we have become only absorbed in furthering our own.

Fans and feathers–palms from the Lowland Gallery at the Conservatory.

But beyond what plants can do for us, I’m starting to think about what we can actually do for the natural world. I’m really inspired by Magdalena’s work of saving species that may or may not yield anything for us, that his goal is to give these plants a chance to exist alongside others and our own.

There’s almost a philosophical inflection in the way he works, a certain spirituality that threads his own life with the life of plants he cares for. I’ve always been an advocate for human rights, an ardent activist for most of my life, and it is just now that I am broadening my consciousness to include those I haven’t seen before. There is a growing appreciation, a deep reverence for all things living and green that I haven’t had the chance to think about before. Magdalena, along with writers like Michael Pollan and Richard Powers and their work, have been giving me the language I never knew I needed.

Maybe it isn’t too late for me to change course after all. I’ll be honoring the spirit of my grandfather, continuing what we started together when I was younger.

A shot from the Potted Plants gallery at the Conservatory.

A passion for conserving plants on the edge of extinction is infused within every molecule of my body. I believe that every species has a right to live without justifying its existence and should be wiped out by recklessness or economic interest. We can’t just pick and choose which plants to conserve, keeping only the ones that provide medicines or look pretty in gardens.

Note: Thank you to Doubleday Books for this free book!