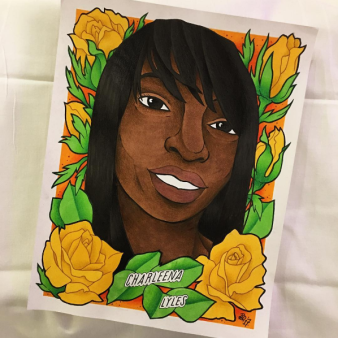 It could’ve been any other Sunday. It was over 70 degrees in San Francisco, no Karl the fog in sight. I was on my way to Chinatown for an art build and security training for Trans March this Friday (6/23), after leaving an annual community bbq in South San Francisco that I had to tear myself away from.

“Police out of Pride” is this year’s main banner at the art build for the API contingent. I thought it was fitting then that we dived into security training on how to protect and keep our communities safe at the Trans March.

We can’t rely on the police to keep us — queer, trans, gender non-conforming people of color, and specifically queer and trans black people — safe, when they are the instruments of violence themselves. I left the gathering feeling empowered with tools, proud that I was able to envision possibilities of safer communities.

And then Monday rolled along. Not long after my cup of coffee, I started hearing about Charleena Lyles, a black pregnant mother of three shot and killed by the police after calling 911 herself to report a burglary. I started reading about Nabra Hassanen, a 17-year old Muslim on her way to the mosque when she was beaten, killed, and possibly raped.

How my heart hurt.

At some point last week, I started reading Chimamanda Ngozi Adichie’s manifesto We Should All Be Feminists (Amazon | Indiebound) after gathering dust for a couple of years. I’m a big fan of Adichie’s work — Americanah and Half of a Yellow Sun are two of my favorite reads and I’ve written book reviews for both in this blog.

In the TED talk turned book-length essay, Adichie lays out the the ways Nigerian society treats men and women in disproportionate ways. What she said and wrote isn’t anything new, not in Nigeria, nor in the Philippines, or everywhere: in 2017, women are still treated as inferior to men, are paid less than men, are objectified, are assaulted, are more vulnerable, are treated unfairly.

But gender doesn’t exist in a vacuum, as it interacts with a network of other factors which put women, specially women of color at the bottom. There’s also race, class, religion and others.

Recently, Adichie came under fire for saying that “the experiences of transgender women, who she said are born with the privileges the world accords to men, are distinct from those of women born female” therefore implying that trans women are not real women.

I could see what Adichie was trying to say, but I think that she just cannot make a blanket about trans women and their experiences. Ultimately, what is at the core of what she’s trying to say is the way society perceives gender — and how it defines and constricts people rather than affirm who they are.

And worse, it is not just the lack of affirmation or recognition but also how society has learned to treat people of different gender or gender nonconforming people disproportionately.

I think of Charleena and Nabra, angry at how their lives were abruptly taken, two women of color who suffered under a system driven by greed, profit and power, no matter the cost.

It all started on Twitter — I was scrolling through my feed and noticed the most ingenious tweets retweeted by folks I followed, which called out to me immediately. They were by a certain Teju Cole, whose work nor name I haven’t heard before. Not long after clicking the “Follow” button, I became privy to the thoughts, words and photos of one of the most prolific human beings of our time.

What drew me even closer to Teju was his ability to make connections with literature, culture, art, politics, photography — and literally every facet of human existence — to give his readers (or fans) a perspective on life like no other.

I’ve been an avid fan since then, as I read his books Open City and Everyday is for the Thief. I was lucky enough to catch him at a reading in San Francisco too, as he talked about the trans-Atlantic slave trade while white people in the audience told their own stories of being in Africa. In his new book Known and Strange Things: Essays (Shop your local indie store), he wrote an essay called The White Savior Industrial Complex.

I usually try to finish a book in a week or two but I stayed with Teju’s new book for about a month, as I processed each essay and its significance differently, in the context of a queer Filipino immigrant experience in the United States.

It was in these thought processes that I discovered how and why I kept close to his work — because of our shared histories as immigrants.

In his essay Home Strange Home, it felt like I was reading my own migration story at 17 years old. He was coming from Nigeria, and I, from the Philippines, at the rough and tender age where identities are questioned, challenged and formed:

The journey to Kalamazoo seemed like a journey of return, the opposite of exile. A direct flight from Lagos to JFK, followed by a daylong train journey across the Midwest, had brought me to the town where my parents were married, the town where I was born and baptized. I had no anxiety about legal documents. Picking up my Social Security card was an afternoon’s errand. I got a job at McDonald’s, and banks gladly loaned me money for college. But, my first evening on campus, as I wandered around in what seemed like intolerable cold, it suddenly struck me that everyone I loved on this earth was almost six thousand miles away. I was flooded with panic, like a young boy in a helicopter being pulled away from all he’d ever known. Seventeen years of invented memories abandoned me. A sob ascended my spinal cord.

I’m not sure how many times I’ve had the feeling of kinship with Nigerians, especially after reading Everyday is for the Thief and also Chimamanda Ngzozi Adichie’s Americanah. Maybe it is the fate of third world immigrants like myself to feel kinship towards other immigrants fleeing post-colonial societies, in search of better lives elsewhere. END_OF_DOCUMENT_TOKEN_TO_BE_REPLACED

For three nights in a row after finishing Chimamanda Ngozi Adichie’s Americanah I found myself missing Ifemelu and Obinze.

It was about 11 at night, and I was sitting in bed with the vastness of the Oakland sky outside my window. I reached to my side table and held Adichie’s book, still in awe of how one book could contain multiple worlds. How one book could illustrate timelines and lifetimes.

I saw myself in the pages, along with Ifemelu and Obinze, the two main characters of Americanah. Ifemelu, with her “prickliness.” Obinze, with his tenderness.

Reading about their lives unraveled a reality that was a little bit familiar, albeit entirely different. As I turned each page, I knew that I resonated with the book so much because of two things: immigration and the (im)possibilities of long-distance love.

When Ifem (a nickname from Obinze) moved to the U.S., her experience as a non-American Black woman was amplified. It was new to her, much as being a Filipino was new to me. END_OF_DOCUMENT_TOKEN_TO_BE_REPLACED 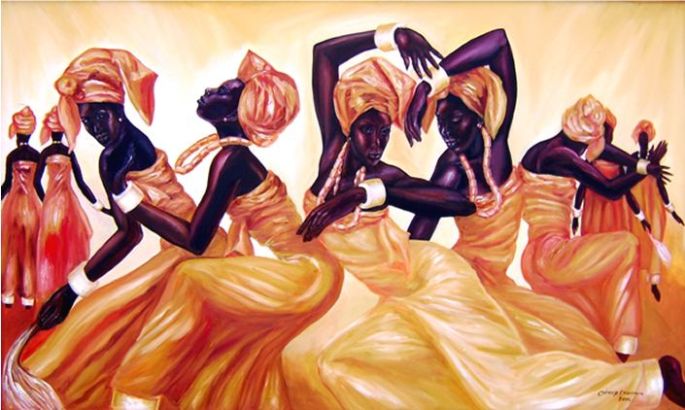 I finished reading Chimamanda Ngozi Adichie’s novel Half of a Yellow Sun a day before April 14, 2016, which marks the 2nd anniversary of #BringBackOurGirls. Back in 2014, the militant group Boko Haram kidnapped about 276 Nigerian schoolgirls from the Chibok Government Secondary School in the middle of the night. Over the weekend, Pope Francis also arrived at the isle of Lesbos in Greece to show support to the Syrian refugees. To date, there are 4.6 million refugees from Syria, with 6.6 million displaced within the country after civil war broke out in 2011.

With the news cycle and a heart-wrenching experience with the book, all of these things were on my mind.

Half of a Yellow Sun is a novel set in Nigeria in the ’60s —  before, during and after the country’s independence, followed by a brutal civil war. The twins Olanna and Kainene are two of the story’s main characters, whose lives shift dramatically at every turn of event that rocked the country’s political, economic and social stability.

The twin’s lives are intertwined: Olanna leads a life with Odenigbo, her “revolutionary lover” as Kainene calls him, along with a group of intellectuals they drink and opine with in the cool evenings; Kainene opts to run their family businesses along with her lover, an aspiring British writer, Richard Churchhill.

“This Odenigbo imagines himself to be quite the freedom fighter. He’s a mathematician but he spends all his time writing newspaper articles about his own brand of mishmash African socialism. Olanna adores that. They don’t seem to realize how much of a joke socialism is,” said Kainene to Richard.