I’m usually a tad bit late to everything but for Colson Whitehead’s reading at the Green Apple Books in the Sunset, I was an hour early. His book The Underground Railroad has just been longlisted for the 2016 National Book Award for fiction and while the reading wasn’t for another hour, the place was already packed. 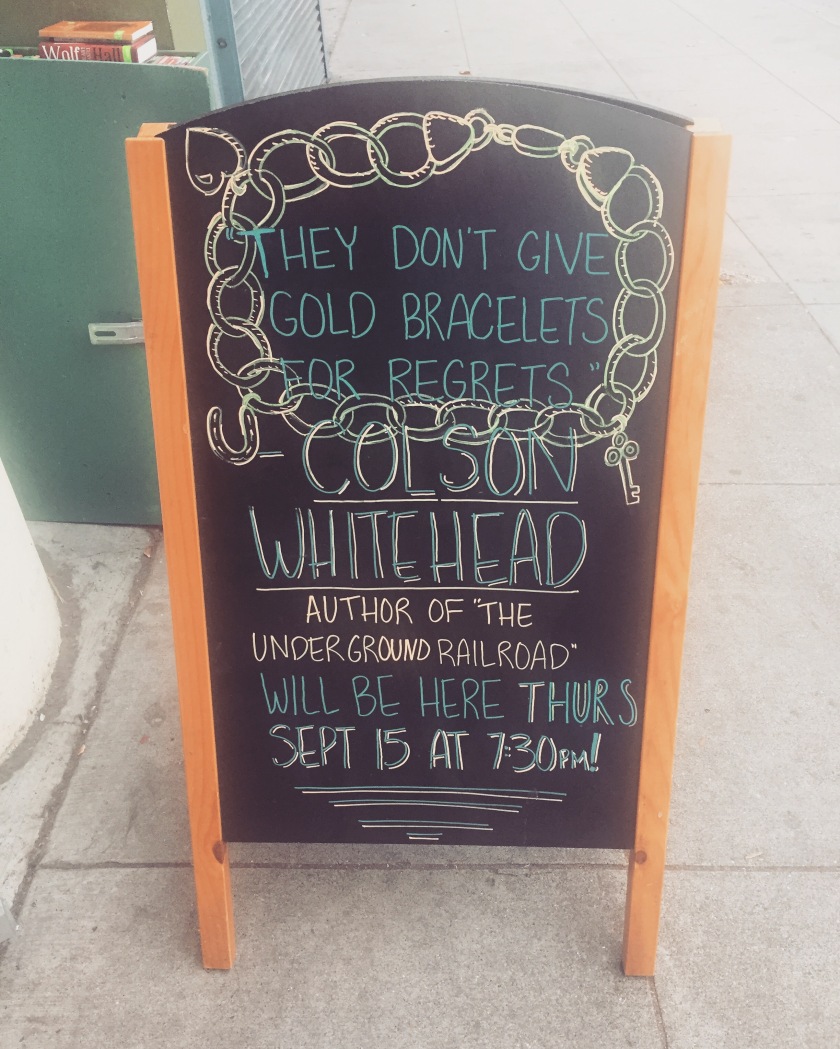 While waiting for the event to start, I resumed reading as I was only halfway through the book. And while I have read the work of many black writers and poets (Baldwin and Lorde and Finney are favorites), I haven’t read a lot of books on slave narratives. A few weeks ago, I wrote a piece about Yaa Gyasi’s Homegoing at the time of Alton Sterling and Philando Castile’s deaths at the hands of the police, shaken with anger at a system that does not remember.

The Underground Railroad is the story of Cora, a slave who ran away from a plantation in Georgia through a real-life railroad built underground. She used the railroad three times: one heading towards the Carolinas, the second towards Tennessee and then Indiana. Historically, the “underground railroad” was a network of secret routes and safe houses, established by abolitionists and free slaves to aid black folks to get to free states.

In South Carolina, Cora got her first taste of life outside the plantation as “Bessie.” She lived in a dormitory with other free women, overseen by white nuns who facilitated their job placement, made sure they were getting some education, took care of their health. It was here that Cora was reminded of her mother Mabel, who ran away from the plantation herself. She was never caught, but she never came back for her daughter either.

It had been a whim. Once Mabel ran, Cora thought of her as little as possible. After landing in South Carolina, she realized that she had banished her mother not from sadness but from rage. She hated her. Having tasted freedom’s bounty, it was incomprehensible to Cora that Mabel had abandoned her to that hell. A child. Her company would have made the escape more difficult, but Cora hadn’t been a baby. If she could pick cotton, she could run. She would have died in that place, after untold brutalities, if Caesar had not come along.

Along with her pursuit of freedom from slavery, Cora struggled with a child’s yearning for her mother and the pain of abandonment. There were times when this gave her hope, that she knew if her mother could do it so could she. At other times it filled her with the unspeakable anger of being left to suffer, of terrible loss. Cora never finds out what happened to her mother (whether she made it to Canada at all), but this is where Colson’s genius becomes apparent. Towards the end of the book, there is a chapter on Mabel.

After having to flee South Carolina for fear of being caught by Ridgeway, the slave-catcher, she lands in North Carolina where she hid in the railroad conductor’s attic for months. She couldn’t come out, as the white conductor and his wife did their best to conceal harboring a runaway slave. From the attic, she watched bounty hunters and informers rewarded with every black life caught at the park across the house.

END_OF_DOCUMENT_TOKEN_TO_BE_REPLACED

I finished reading Chimamanda Ngozi Adichie’s novel Half of a Yellow Sun a day before April 14, 2016, which marks the 2nd anniversary of #BringBackOurGirls. Back in 2014, the militant group Boko Haram kidnapped about 276 Nigerian schoolgirls from the Chibok Government Secondary School in the middle of the night. Over the weekend, Pope Francis also arrived at the isle of Lesbos in Greece to show support to the Syrian refugees. To date, there are 4.6 million refugees from Syria, with 6.6 million displaced within the country after civil war broke out in 2011.

With the news cycle and a heart-wrenching experience with the book, all of these things were on my mind. 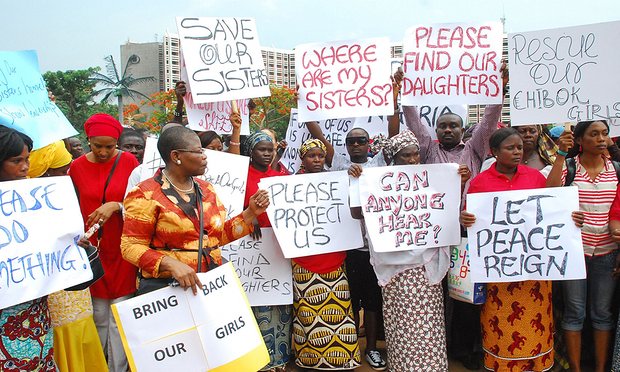 Half of a Yellow Sun is a novel set in Nigeria in the ’60s —  before, during and after the country’s independence, followed by a brutal civil war. The twins Olanna and Kainene are two of the story’s main characters, whose lives shift dramatically at every turn of event that rocked the country’s political, economic and social stability.

The twin’s lives are intertwined: Olanna leads a life with Odenigbo, her “revolutionary lover” as Kainene calls him, along with a group of intellectuals they drink and opine with in the cool evenings; Kainene opts to run their family businesses along with her lover, an aspiring British writer, Richard Churchhill.

“This Odenigbo imagines himself to be quite the freedom fighter. He’s a mathematician but he spends all his time writing newspaper articles about his own brand of mishmash African socialism. Olanna adores that. They don’t seem to realize how much of a joke socialism is,” said Kainene to Richard.