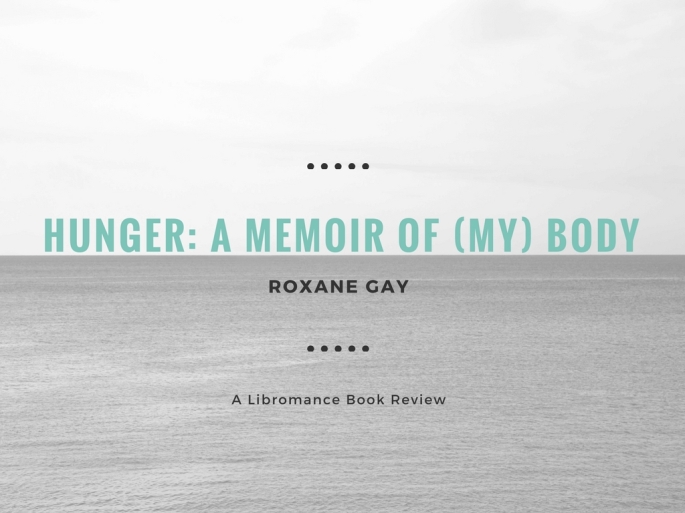 My dad’s signature greeting to family relatives, friends and people he meets has always been, roughly translated from Tagalog: “Looks to me like you’re getting skinny!” It doesn’t matter if it was the first time my dad has ever seen the person, or if they’ve just seen each other the day before.

Cue a hearty laugh, a grateful smile, a relieved sigh; the greeting always yields the intended effect. At an early age, I knew that being skinny was a compliment. It was a good sign. If one was gaining weight or on the heavier side though, one could expect a frown, a hushed tone, a look that implies shame.

So I knew my dad was on to something: losing weight = looking good = feeling good. It’s a brilliant formula, but only if you were actually losing weight. But that doesn’t matter.

When I picked up Hunger: A Memoir of (My) Body (Amazon | Indiebound) by Roxane Gay, I only had the faintest notions on what it was about. All I know is that I have to read Gay’s work — from An Untamed State to Bad Feminist (I’ve yet to read Difficult Women) as she’s become one of my favorite writers (in spite of that tweet suggesting Lebron join the Golden State Warriors).

Gay’s book is about hunger in many forms: that adolescent need to fit in and be wanted, a yearning to speak the truth without pain, the comforting solace of food, the promise of safety, to being desired and desiring other bodies.

At the core of Hunger is how Gay has turned to food and literature among other things to keep herself safe, after being raped by a group of boys when she was younger. She didn’t know how to tell her parents for fear of hurting them, so she buried the painful truth and built herself an armor of defense, a fortress for one.

In a culture run by capitalism, the need to cater to the male gaze and the unending dissatisfaction brought about by the media and so many industries to turn a profit come first.  END_OF_DOCUMENT_TOKEN_TO_BE_REPLACED