This was the order of how I first fell in love with the works of Junot Díaz: The title This is How You Lose Her spoke to me as I dealt with my own grief, after the end of a four-year relationship. The last story in the book healed me, with its honesty and the courage of facing your own pain heart-on.

I looked for Drown next. And there, nestled in the annex of Green Apple Books was an old copy, its yellowing pages looking golden. I settled into a story called Boyfriend one evening, drawn to the perspective of an outsider looking in the story of a couple breaking up. Wanting to cross lines, to be there for someone else’s heartbreak, to hold another person’s pain in the hopes of dealing with my own. I had a similar experience when I read one of Saeed Jones’s poem Blue Prelude later on, from his collection Prelude to Bruise. 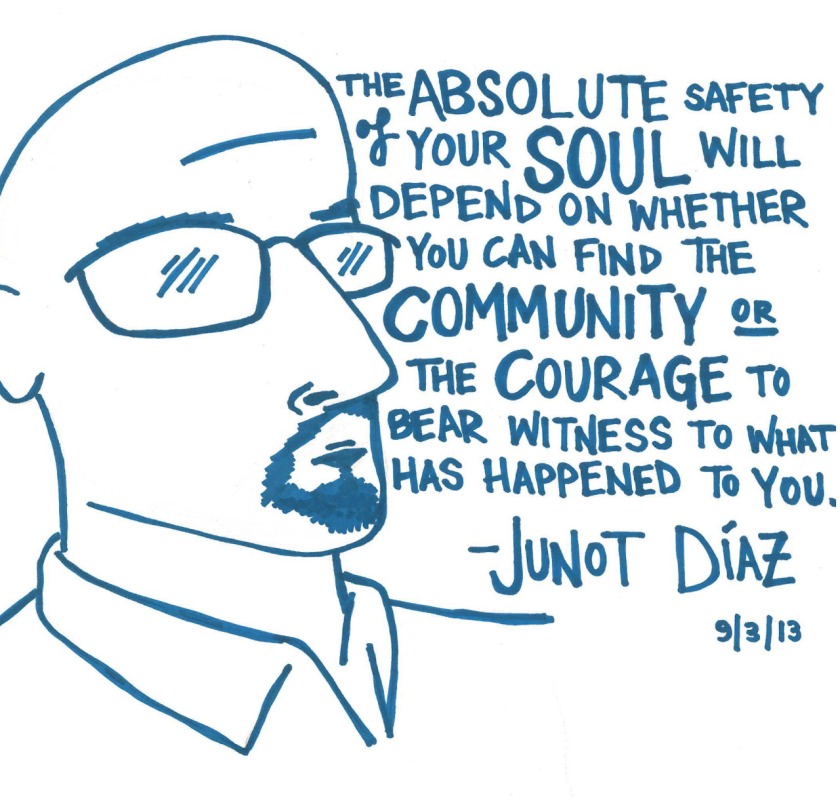 And then there came The Brief Wondrous Life of Oscar Wao, a historical fiction of epic proportions about love and war in the Dominican Republic. This is where I got my introduction to the horrors of Trujillo and history, the wars we try to win every day within ourselves, the complexity and pain of family.

You don’t know what it’s like to grow up with a mother who never said a positive thing in her life, not about her children or the world, who was always suspicious, always tearing you down and splitting your dreams straight down the seams. When my first pen pal, Tomoko, stopped writing me after three letters she was the one who laughed: You think someone’s going to lose life writing to you? Of course I cried; I was eight and I had already planned that Tomoko and her family would adopt me. My mother of course saw clean into the marrow of those dreams, and laughed. I wouldn’t write to you either, she said. She was that kind of mother: who makes you doubt yourself, who would wipe you out if you let her. But I’m not going to pretend either. For a long time I let her say what she wanted about me, and what was worse, for a long time I believed her. (from The Brief Wondrous Life of Oscar Wao)

Díaz’s work has stayed with me ever since. Some time ago, he and Toni Morrison engaged in conversation at the New York Public Library on race and writing, which is worth watching repeatedly.

And then I came upon another gem, an Asymptote interview of Díaz. He delves into the complexity of language, the intersection of history and literature, an perhaps more importantly for me — how one can fully live inside a novel for days, for weeks.

As compensation for how difficult life was for this young immigrant in Central New Jersey in the seventies, I buried myself in literary worlds. I was reading voraciously by the time I was seven. A more omnivorous reader, I don’t know if that would’ve been possible. I would read all the biographies of famous Americans. Books on the Rockies. Books on how to build a campsite. I would read everything by Arthur Conan Doyle. I read the edited children’s editions of Edgar Allen Poe. I just tore through everything that my little elementary school library had. I fell in love with books that transported me far away from my world, which for me was very stressful. The library for me represented—or was—what the World Wide Web must mean to people of later generations. In many ways it was a plane, a passport, a lens, wisdom, and experience. (from An Interview with Junot Díaz) 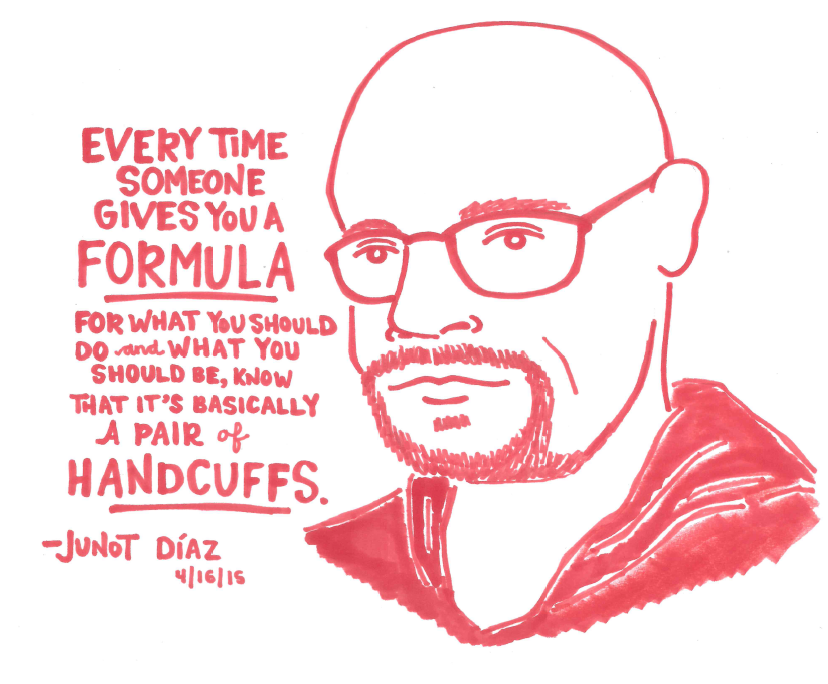